In the 1990s, track owner Donald Panoz was looking to have a global event at Road Atlanta and came up with the Petit Le Mans as a way to draw more diverse crowds and international interest and sponsorships.

I have been attending racing events at Road Atlanta since my first Walter Mitty Challenge in 1982. I went to the very first Petit Le Mans in October 1998.

In the 1990s, track owner Donald Panoz was looking to have a global event at Road Atlanta and came up with the Petit Le Mans as a way to draw more diverse crowds and international interest and sponsorships.

The Petit Le Mans is a grueling 10 hour race that starts in the morning and ends under darkness at 10 pm and is 1,000 miles long. This race pushes the cars, drivers, and crews to their limits. Teams test all year for this race and car manufacturers work incredibly hard to develop new designs, engines and technologies. 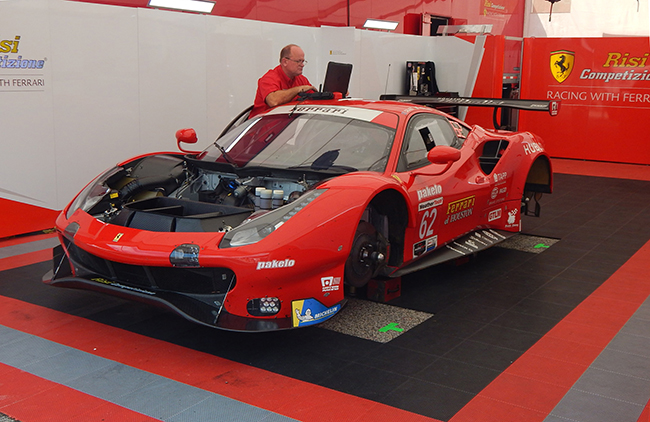 To me, Road Atlanta is the essence of sports car racing in America and Petit Le Mans is the most amazing race. Today the track is officially called Michelin Raceway Road Atlanta. It is beautiful with changing elevations virtually at each turn among rolling green Georgia hills.

First off, I want to send congratulations to Guiseppe Risi and his team for their Ferrari 488 GTE victory in the GTLM class. That was a heck of a drive!

Always a Ferrari crowd favorite, Risi Competizione returned to compete in the Petit Le Mans with their new 488 GTE cars; they are incredible race cars with incredible drivers. What struck me as most amazing of all is Risi Competizione had only raced in the Rolex 24 at Daytona and the 24 Hours of Le Mans before coming to Georgia and really run the full-factory teams into the weeds.

The Corvettes, the Ford GTs, BMWs, and Porsches had run the whole IMSA season in preparation and out of the blue came Risi with their turbocharged 488 GTE to a brilliant win. This is Risi Competizione’s fifth class win at Petit Le Mans.

The 488 GTE is a racing tuned version of the road going 488 GTB and 488 Spider. They ran the #62 488 GTE in the GT Le Mans class with drivers James Calado, Alessandro Pier Guidi and Daniel Serra.

Calado qualified on the pole. Mr. Serra also co-drove the 488 to a class victory in the 24 Hours of Le Mans and hoped to secure another win along with his two co-drivers.

This was not the first win in a Ferrari for this team in Georgia. They won the very first Petit Le Mans in 1998 in the amazing 333 SP sports prototype with Wayne Taylor, Eric van de Poele and Emmanuel Collard driving.

The team’s second victory was in 2008 with Mika Salo and Jamie Melo driving a 430 GT3. It is fulfilling to see factory Ferrari racecars in action and to see them win their overall class is a dream come true.

Two 488 GT3s were in the GTD class this year. Scuderia Corsa WeatherTech sponsored the #63 488 GT3 piloted by Toni Vilander, Jeff Westphal and Cooper MacNeil. They were VERY fast in this car averaging 1:19.523 lap times during qualifying. 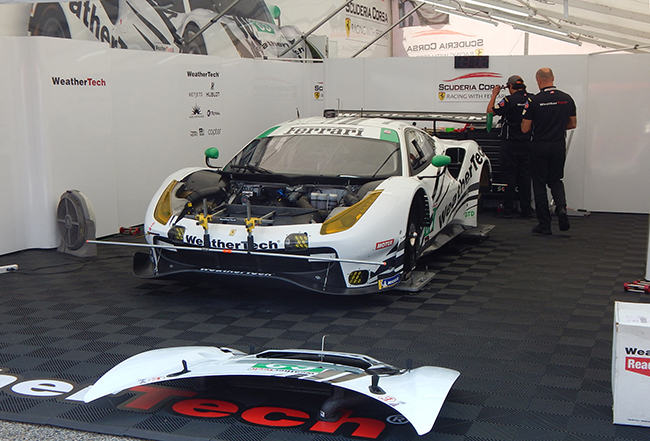 The other 488 GT3 is the Spirit of Race #51 driven by Mathias Lauda, Paul Dalla Lana and Pedro Lamy.

One thing the Ferrari teams did not anticipate was accelerated tire wear and the car got some blisters. After the sun went down the blistering stopped as the temperature decreased.

The GTLM class had battles between the Ferrari, Ford GT, Porsche 911, Corvette and BMW. This is how it should be, real racing and the mantra “Win on Sunday, sell cars on Monday”. This type of racing most certainly does help sell cars. 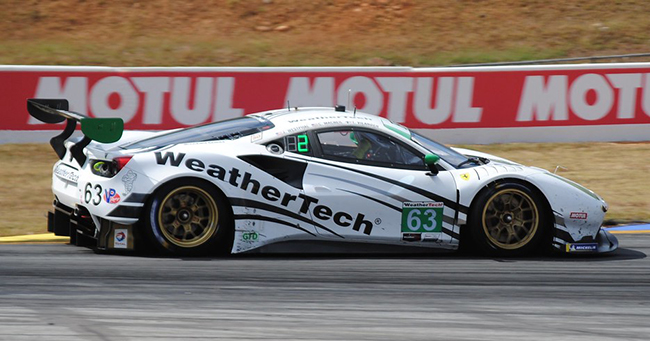 All of the GTLM and GTD class cars are available as road cars you can buy off a dealership showroom floor. These cars often serve as manufacturer test beds and this class is the true proving ground for leading companies.

I am a big fan of the sports prototypes; they are incredible racing cars. Some of the technology found in the prototype cars trickles down into production cars.

Seeing all the different car companies and their cutting edge race cars is so much fun. I also enjoy watching how the race changes ever so slightly to remain one of the most popular events in the Southeast.

For those who are just getting into Petit Le Mans here is some trivia for you: the first Petit Le Mans took place in October 1998. The race used to have to be at least 1,000 miles long which is approximately 394 laps around Road Atlanta or a maximum of 10 hours in length.

Now IMSA wants the race to be 10 hours long with as many miles as the cars cover in that period. The race has only been cut short twice, due to heavy rain and vastly reduced visibility. Audi has the most overall Petit Le Mans wins with nine. 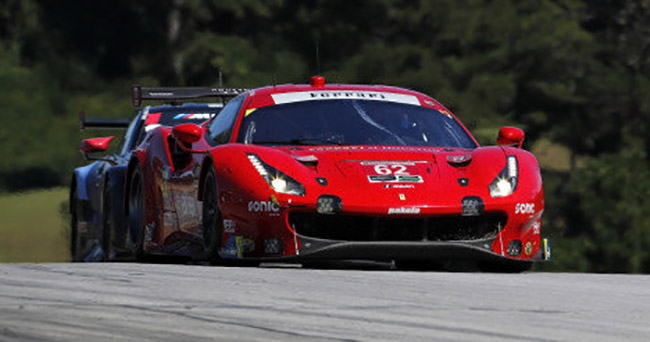 Michelin Raceway Road Atlanta works very hard to ensure spectator fun and safety and to make sure families have plenty to do. It is a family friendly environment and my two sons and I enjoyed our time there.

A couple of suggestions when you attend: bring a backpack with water, camera, sun screen and sunglasses. Also be sure to wear comfortable shoes because while the track does have shuttles, there will be a lot of walking.

We cannot wait for Petit Le Mans 2020! Huge thanks to Ferrari Market Letter for allowing me to cover this amazing race.

For more information and Ferrari fun please follow me on Instagram.com/4re308.