Inspiration sometimes runs low. Some articles write themselves, other require a phone call or some event to click into writing mode. I got nothin’.

Inspiration sometimes runs low. Some articles write themselves, other require a phone call or some event to click into writing mode. I got nothin’.

Coming home from dinner last night a Ferrari passed by on the other side of the road. It was a two-lane and the line of cars stretched nose-to-tail. My lane was moving along, so it was only at the last moment I recognized the Ferrari. It was so abrupt I didn’t have time to wave.

I have been learning about Ferraris for over forty years now. I deal with photos each and every day. I sold the parts and worked on the cars. I consider myself, if not an expert, at least very knowledgeable about Ferraris, the history, the cars, the company and the market.

The chance highway meeting allowed me to consider how I can see a portion of a car and instantly identify what it is. When my computer goes to sleep our photo files randomly flash on the screen. It is so much more challenging than looking at the random shapes and snakes Windows has loaded as a screen saver.

It could be a shot of a wheel, or interior; sometimes just a portion of the car. I try to guess what model it is from the 5-second flash on the screen. I will make no claims to be right every time, I have no way of returning to the photo to identify the car anyway. Random means random.

So that brings me back to the passing car on the highway. Just how quickly can a particular model Ferrari be identified?

While driving there may be a limited time to ascertain what was seen. Freeway travel adds to the challenge in both speed differential and distance.

Most of the time the frontal recognition cannot be used because the surprise factor of just recognizing “Hey, that’s a Ferrari!” uses up precious seconds.

Just ask Sully about the surprise factor. If the right decision was made immediately upon hitting the geese we would never know his name.

What we are left with is a quick side view and a longer look at the taillights. Without delving into a deep dissertation on the minute differences in each Ferrari model, a lot can be determined by looking at some basic features that may help impress your friends with expert Ferrari knowledge.

First, a word about that. Chances are if you pass a Ferrari on the other side of the road, your friends probably didn’t see it at all. After all, your senses are tuned much more to spotting exotic machinery than your golf buddies.

Still, it would be better if you don’t mistake a Daytona for a 308 GTB. One day you will be found out and that can never end well. Also there will be the rare occasion you will come up to a Ferrari while driving, or, horror of horrors, be quickly passed by one. At that point your Ferrari knowledge will be put to the test.

To many, the only view of a Ferrari on the road is the taillights. As it should be. But this is also the feature we can use to identify almost any Ferrari.

Without going into detail on every older Ferrari, of which, you will most likely never see beyond the concours field, I will concentrate on Ferraris that you might run across on the street.

To start this exercise we begin with a few early cars. Dino and Daytona both have two small round taillights on each side. These can be all red or red with amber lenses mounted to the outside.

Generally European cars have the amber lenses and USA cars will have all red taillights. For extra bonus points there are small rectangular reflectors mounted on the back panel on both cars indicating USA cars.

The rear shape of both cars is clearly different and the casual Ferraristi should have no trouble identifying the difference between them.

The 512 BB and 400 GT cars are extensions of their 365 counterparts. The visual difference is the change to two large taillights. These units were also used on the 308 and 328 series.

The way to tell the difference between a 308 and 328 is the 308 has black bumpers where the 328 has a contoured body-color bumper.

Testsrossas and 348s both have a grille wrapping around the taillights. Testarossa is a large car and the 348 is much smaller. Both also have side grilles, so on quick look they can be mistaken for each other. Remember the rear fenders of the Testarossa have a large flat section where the 348 cars have a more typical fender.

The 355 is similar to the 348 in body shape but does not have body side strakes and has two open taillights on each side, similar to the 308/328 style but mounted more flush.

The renewal of the front engine V-12 cars began with the 456 GT and then the 456M. Both of these cars have a Miata-like taillight. The 550 Maranello and the 575M Maranello have the same rear treatment. The differences between these cars are details not easily discernable from a distance. If you see this body style name one or the other and you can be sure of being right half the time.

The rear lights changed back to a more common Ferrari theme with two round separate lenses. 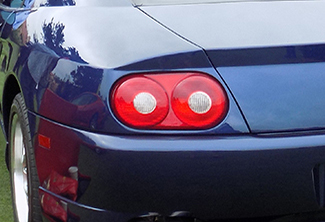 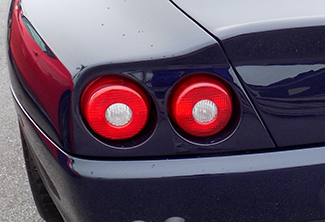 The 612 will also have two separate lights but the rear of the car has a smooth rounder shape. It may be difficult to pick out at a fast glance but the side view of the 612 has a distinct scallop where the 550 and 575 Maranellos have shark gills on the front fender.

612 Scaglietti has large scallop on side

The 599 has single taillights set high in the fender tops. At first glance there is no easy way to determine if a 599 GTB is, or is not a 599 GTO. The GTO has an emblem on the rear panel to proudly proclaim this is a GTO; only upon the rare occasion you actually catch one in traffic would this emblem be seen. 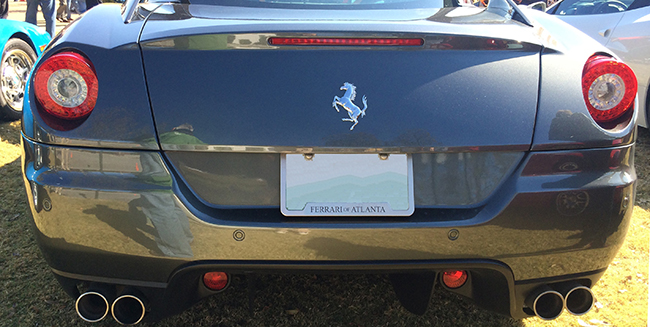 Two of the most difficult models to tell apart are the 360 and 430 series cars. The front and even the side view is similar. The best way to tell the difference is by looking at the rear. The 360 has four taillights set low into the rear panel where the 430 has taillights protruding from the top of the fenders.

Similarly the 458 and 488 Ferraris have the same look from the rear. Both have single taillights mounted high on the fenders. The rear shape is also the same. The best way to identify each of these cars is from the side. The 458 does not have side vents where the 488 does. Look for these side vents. 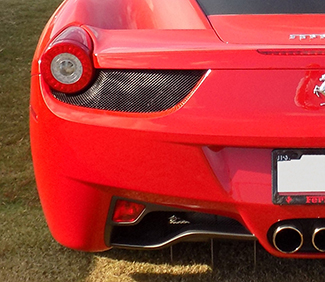 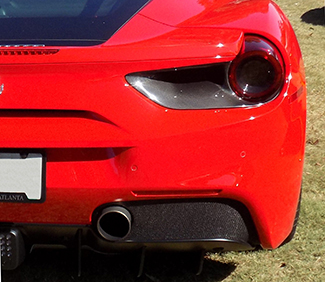 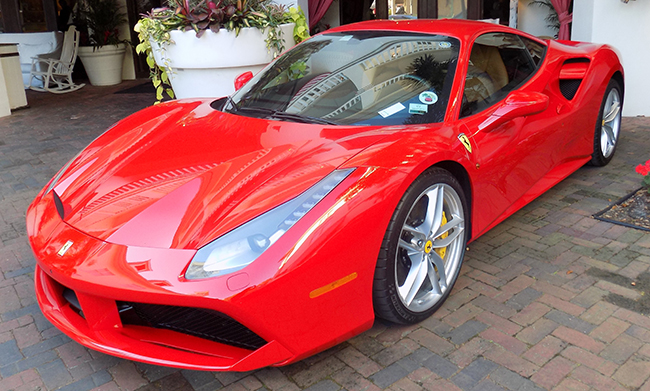 The California and Portofino also have single taillights set high up in the fenders. The main difference I look for is fewer style bends and shape to the rear panel. The California rear end appears to be rather plain although the Portofino now has been sculpted a little more. Clearly with the top down there is no mistaking the California, but with the top up identification is more difficult.

From the rear the F12berlinetta and the F12tdf taillights look similar. The berlinetta has a ‘Y’ shape in the rear panel where the TDF has larger outlet vents above the exhaust. The big visual difference is the F12tdf has shark gills on the rear fenders. It is this feature that stands out. 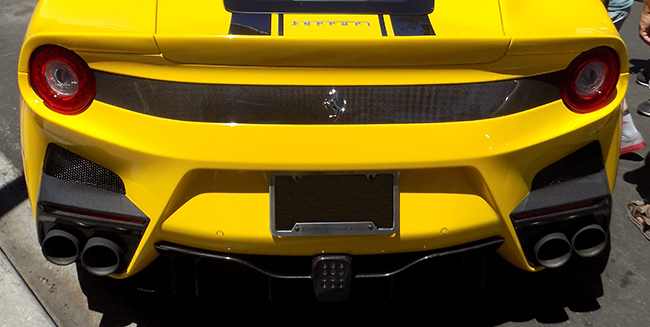 The replacement for the F12 is the 812 Superfast. The 812 has a shape in the side view that is close to the F12 but the rear taillights are now four lights that have a distinctive shape for the lights and for the rear panel shape itself.

This quick spotters guide does not cover every single modern Ferrari made. If you cannot identify an F40 from an F50 or Enzo drop me a line and I will be more than happy to do an article on supercars.

The point is to give you some tools to identify quickly some of the Ferraris you are likely to meet while going to work or the grocery store. Then again, why not make others try to guess what Ferrari you are driving.

Not only will you be grinning from the joy of enjoying the drive, you can bet others will be trying to guess “what is that Ferrari?”.