THE EYES HAVE IT

A few years ago, I was photographing a lovely Series II Ferrari 250 GT Cabriolet in far off Lancaster, PA, owned by Roy Brod – someone I had only recently met at a concours.

A few years ago, I was photographing a lovely Series II Ferrari 250 GT Cabriolet in far off Lancaster, PA, owned by Roy Brod – someone I had only recently met at a concours.

The car was, to my eyes and, as it happened, the eyes of the judges, stunning, and I wanted to share it by doing a road test for Forza magazine. While shooting photos, I like to make small talk to keep the owner involved in the process. I have always been able to take decent photographs while gabbing – kind of a left-brain, right-brain thing.

When I asked Roy what he did for a living, his reply was a modest, “I’m an eye doctor.” I offered my regrets that he lived so far away since my regular eye guy had just announced his retirement. Roy said, “I’m not a regular eye doctor, I’m a retina specialist.” Not knowing what that meant, he said he would be happy to show me with a free eye exam after we were done shooting.

Since I have had very myopic vision and other eye concerns since grammar school, I said “Yes!”

As we drove to his office (I was expecting something like a “Lenscrafters”) I was shocked to see that he was taking us to a huge, modern, professional building. His offices took up most of the top floor with more equipment than I had ever seen in any workplace.

Doctor Roy (a name that I now decided to call him) used eye drops to dilate my pupils and then proceeded to give me the most thorough eye exam I had ever had.

After looking in my right eye, he made that “Hmmmm” sound that you really don’t want to hear from a doctor. He asked me if I had recently experienced a variety of vision “events” – describing them with scary accuracy.

I told him that I had and wanted to know what they meant. “You had a partially detached retina in your right eye that has healed itself,” he said with a bit of concern in his voice. As one of my Jewish friends might say, “I almost plotzed.”

Doctor Roy then gave me sage advice. “Be on the lookout for new eye floaters and bright flashes.” He warned that these are signs of possibly serious retina issues.

Leap ahead a few years – I’m assigned to photograph a vintage race at Lime Rock Park over the Labor Day Weekend. As I walked down a dark hallway, I suddenly saw camera strobe-like flashes in my left eye.

When I told my wife, she got worried and said I should go to the emergency room. Instead, I called Doctor Roy. He asked a few diagnostic questions and then said four words: “You should be seen…” Since this was happening on a Saturday, I asked if he thought it could wait until the Tuesday after Labor Day. He gave me a definite “No” and offered to have a look if I could get to his place on Sunday. More than a little panicked, we set a time and made plans to make the nearly three-hour trip first thing Sunday.

My wife drove with me (bless her heart) but as we rode in near silence, I wondered if I was overreacting. Doctor Roy opened his office for me and whisked me into an examination room immediately. After the application of eye drops to open things up, he started examining my right eye – the one he said had a partial, self-healed detachment.

After a couple of minutes he said, “I’m going to have to fix that some day…” The panic meter went off the chart – I had just heard that I needed eye surgery!

And then he looked in my left eye. What he said next was the most attention grabbing words a doctor could ever say. “Oh $#!T…” My wife leaned forward when she heard what he said and that’s when things got really serious.

Doctor Roy put on a super powerful magnifying eyepiece equipped with a very powerful light. He kept looking and then said another heart stopping question, “What’s your tolerance for pain?”

Without going into too many gory details, he numbed my eye using a process that was, shall we say, truly uncomfortable. Then, using a technique he called “Cryo” (I thought it was called that because I was ready to cry OH!), he froze four rips in my left retina, sealing them to prevent a full detachment. I asked my wife how bad my eye looked since she was standing alongside the chair. “Raw chopped meat” was all she said just as Doctor Roy put a huge gauze patch over my eye. 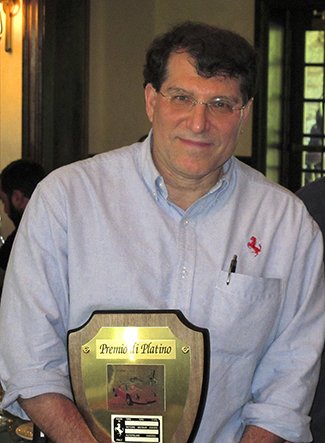 That was the first of three procedures I had done by Doctor Brod – another tear opened in the left and he then sealed the partial detachment in the right – all operations done over the course of a few weeks.

Today, my vision is 20/20 (although I do have a few floaters) and I have my connection with Ferrari and the skilled hands of Ferrari-owner Doctor Roy Brod to thank for that.

Ferraris bring us joy. They are a reward for success and a way to celebrate the best things that life has to offer. But for me, Ferraris have also helped me keep my eyesight and for that, I’ll always be grateful. 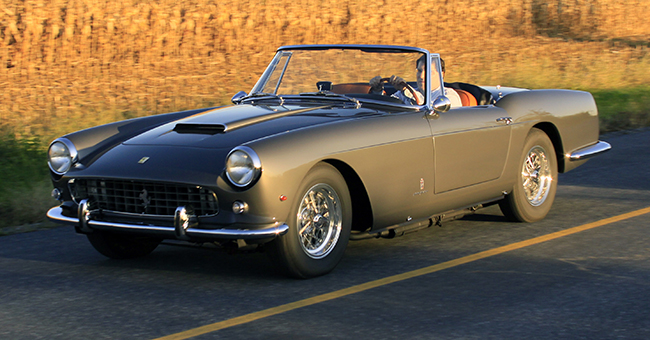