For the last 19 years, The Candy Store in Burlingame has sponsored a trophy for an outstanding Ferrari at The Pebble Beach Concours d’Elegance.

For the last 19 years, The Candy Store in Burlingame has sponsored a trophy for an outstanding Ferrari at The Pebble Beach Concours d’Elegance.

The club’s connection to the Pebble Beach event extends back to members Jules Heumann and Loren Tryon who chaired the event from the 1970s until Sandra Button graduated into leadership of the event.

This year waiting in the judges’ tent to award the Enzo Ferrari trophy to the winner, I was held in unusual suspense.

We designate the trophy to be the Ferrari that Enzo would have selected.

There were two familiar Testa Rossas next to each other on the field.

He raced it at Laguna Seca and Sears Point for decades, and I had spent over 100 hours helping assemble his documentation, photos, and personal memories into a presentation for him and Candy Store members to enjoy.

I presented a copy in slide-book format to Tom Price, the current owner, and he brought it to the Concours. 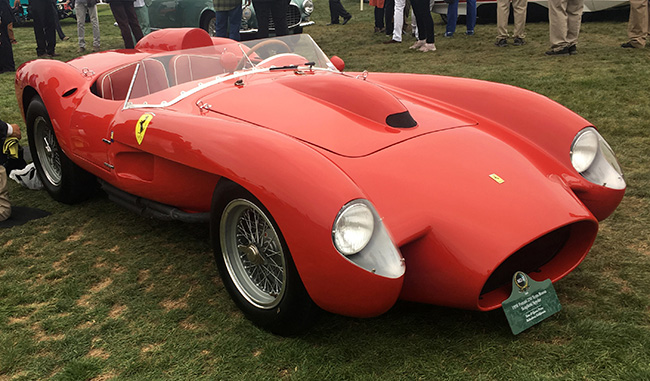 Lou raced this car for many years in California, and it was seen at the California Mille Miglia and other local driving events.

I remember being on one of the California Milles when during the night around Mendocino, somebody taped cookies on the car.

Lou Sellyei just drove it away as if nothing was unusual.  Such was the spirit back in those days.

Today the car is pristine and owned by Chris Cox. 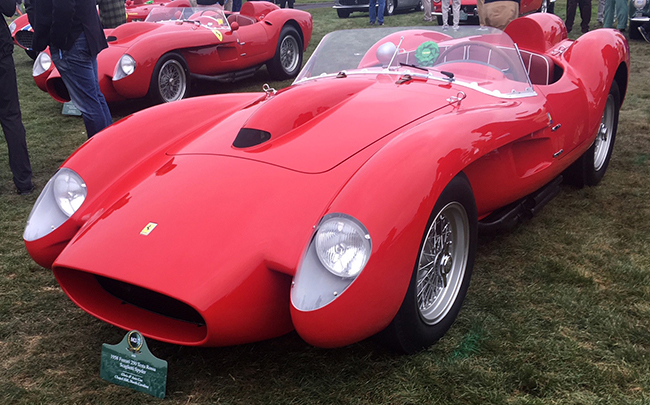 In preparing to present the Enzo Trophy I was told the winner was “the Testa Rossa” before it was in sight.  Was it 0754 or 0756?? 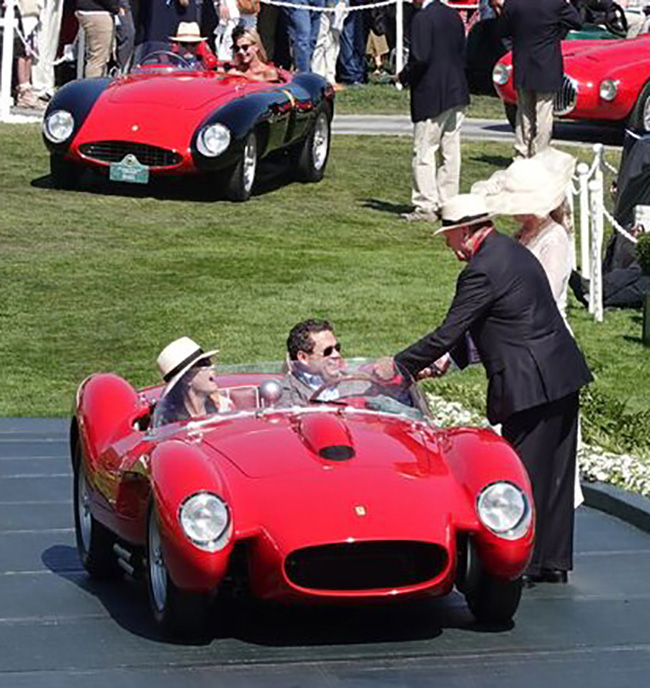 After all the anticipation waiting to see who the winner would be, Chris Cox drove up to receive the Enzo trophy ending the suspense.