It is always fun to report on million dollar Ferraris, but these two auctions had Ferraris made for drivers.

It is always fun to report on million dollar Ferraris, but these two auctions had Ferraris made for drivers.

Many of these cars sold for under 100K, all are great driving Ferraris that could be used and enjoyed without causing too much depreciation.

Let’s be realistic here, none of these Ferraris are going to end up as expensive collectable classics, most have too many miles.

Will they appreciate? Sure, but an additional 10K or even 20K miles won’t hurt value. Ferraris are meant to be driven!

A few words regarding the results.

Mecum results may not include buyers commissions as they do not indicate whether prices are hammer price or final all-in price.

Not all Ferraris from both auctions are represented and no-sale cars were not included.

TESTAROSSA, VIN ZFFSG17A4H0070221 (1987). Rosso Corsa with tan leather. Estimate $90,000 to $120,000. NO RESERVE. Purchased from the original owner by the consignor just one month after new, practically a one owner car. Repainted its original Rosso Corsa early in its life; that excellent paint job is still worn today, while the tan interior is still virtually pristine down to the carpets. With just under 34,400 miles at the time of cataloguing, the car is offered with its factory five-piece luggage set, as well as owner’s manual, service booklet, and service directory; the nearly complete original tool set; and the wheel tool, tow hook, and jack. Lot 3132. Sold for $88,000.

550 MARANELLO, VIN ZFFZR49A7W0111347 (1998). Black with tan leather. Estimate $125,000 to $150,000. NO RESERVE. Well-documented, shows less than 13,100 miles, only a handful of which have been accumulated since extensive maintenance was performed by the noted Griffin Motorwerke in Berkeley, California. Other than an Alpine head unit with HD and Satellite radio compatibility, the 550 Maranello shows no modifications from the factory. Its interior presents as new, including the oft-maligned center console trim and switches. Lot 3157.  Sold for $115,500. 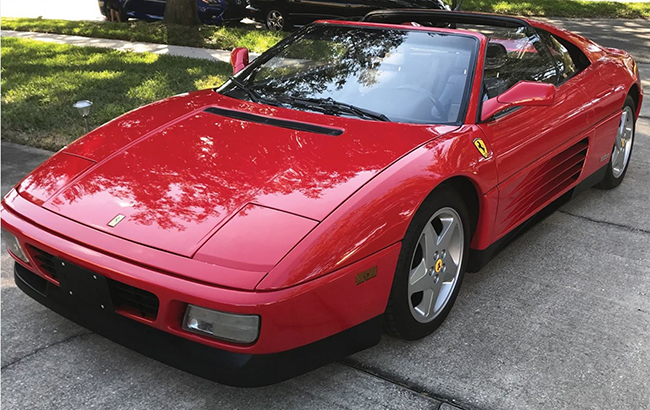 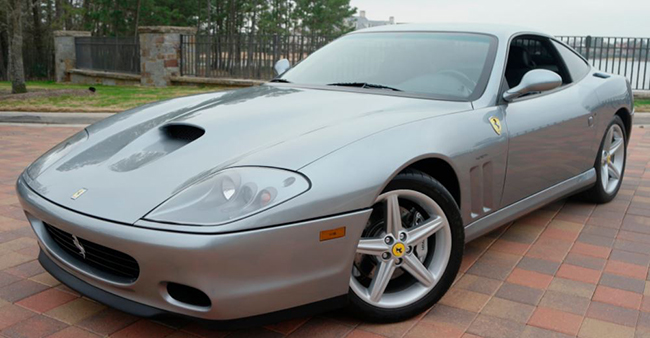 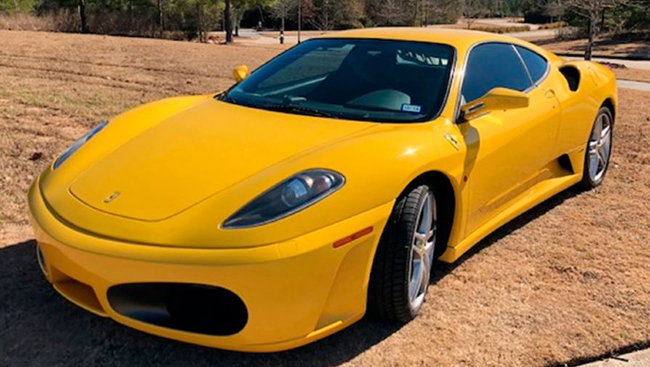