The seminal partnership between classic car titans RM Sotheby’s and The Petersen Automotive Museum in Los Angeles commenced to put on an auction December 8th.

The seminal partnership between classic car titans RM Sotheby’s and The Petersen Automotive Museum in Los Angeles commenced to put on an auction December 8th.

With the completely reimagined museum and historically significant vault at the Petersen and RM’s West Coast office five miles away in Culver City, it appeared to be an expected match made in SoCal car heaven.

Assembling a stellar lineup of cars spanning several decades, RM specialists provided a fun and interesting selection of cars and art to choose from.

Their vision – to showcase a supercar evolution. From the origins of the supercar to some of the most advanced hypercars available today, there was really something for every high-performance junkie looking for a low-production model.

“Nothing thrills an enthusiast quite like the supercar they worshipped as a youth,” says Alexander Weaver, Car Specialist, RM Sotheby’s. “Technological advancements and a drive to be the best have been at the forefront of supercar battles since the birth of the word, and we’ve assembled a lineup of cars that captures some of the most radical and important achievements in supercar development across more than forty years; sure to speak to collectors of all ages. Interest in high-performance supercars has been consistent throughout our calendar sales, and we’re delighted to bring another fresh-to-market group to the Petersen museum.”

There were 14 Ferrari-related lots offered at the sale, including 11 cars and 3 pieces of automobilia.

With a robust racing history and top-shelf drivers behind the wheel, this 290 MM has stories to tell.

Starting life as a 4-cylinder 860 Monza, S/N 0628 took second at the 1956 Mille Miglia with Peter Collins at the helm. A few months later, Juan Manuel Fangio drove it to a second-place finish at the Swedish Grand Prix before the car received a factory makeover.

However, in 1957, Enzo pulled S/N 0628 and made some significant changes, like installing a new 12-cylinder engine thus transforming a successful race car into the new 290 MM.

Now with its new powerplant and factory upgrades, it was ready for the likes of Castellotti, von Trips, and Hill to pilot this car to a successful series of races.

Presented fully restored from Ferrari Classiche with its matching numbers engine, gearbox and original body. Sporting its 1957 12 Hours of Sebring livery, I was able to personally inspect the car prior to auction and attest to the quality of the factory restoration.

This was the final lot offered at the sale, so there was an equal amount of buzz and anxiousness for the conclusion auction.

After an opening $10 million bid, it quickly reached $18 million before a series of smaller phone offerings and hammering at $20 million. A final realized price of $22 million after fees made this one of the top ten selling cars at auction – ever. 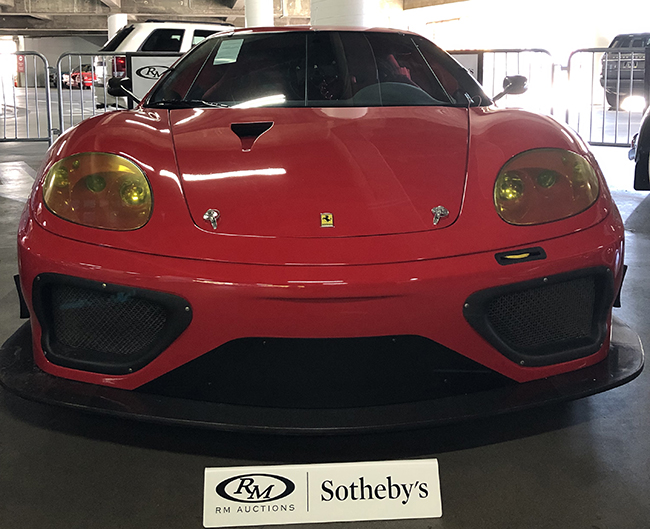 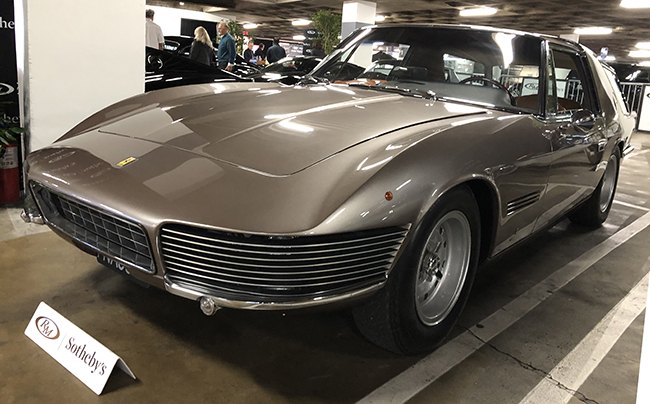 It is my opinion that the RM Sotheby’s and Petersen Museum staffs should be pleased with a final realized total of $40 million accompanied with an 88% sell-through rate on all lots.

It was in fact the last public classic car auction of 2018 with a complete Southern California feel throughout.

RM, along with the rest of the collector car world, will shift its focus to the upcoming Scottsdale auctions in January for warmer weather and expectantly warmer market trends in the Ferrari world.