RM Sotheby’s was able to quickly transition this auction to an online auction only. It allowed bids to filter in over several days.

330 GT 2+2 SERIES II, S/N 8627 GT (1966). Rosso Rubino with crema leather interior accented with dark red carpets and seat belts. Estimate $300,000 to $325,000. Sold for $225,000 plus commission of 15.5 percent = final price $260,000. Originally finished in rosso with a pelle beige interior. Series II U.S.A. model with single headlights with power windows and late-model “hanging pedal” setup. Between 1999 and 2000, Gran Touring Classics, of Long Beach, California, performed work on the car which saw the brakes, suspension, cooling, and carburetion fully sorted. In addition, the exhaust system and various seals were replaced, the wheel bearings were serviced, and the drive shaft and yoke were rebuilt. In subsequent years, the paint and chrome were fully restored, a cosmetic freshening was performed on the engine bay, and in 2004, the interior upholstery was extensively freshened. Gold at Concorso Italiano in 2005. Platinum at Concorso Italiano in 2006, 2007, and 2008 and Platinum at Bella Italiano in 2007 and 2008. Classiche certification issued in 2010. Recently shown at 2017 Cavallino Classic and Amelia Island Concours d’Elegance. Complete with manuals and owner’s pouch, tool kit. Lot 335. 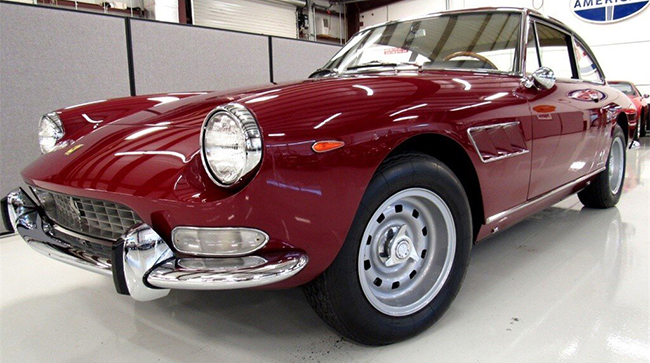 RM Sotheby’s was able to quickly transition this auction to an online auction only. It allowed bids to filter in over several days.

This level of transparency helped to provide a level of comfort to the buyer who would normally be able to inspect a vehicle in person.

Without making a statement on the direction the market may be headed, after reviewing each Ferrari and comparing the prices realized, it would appear there was no appreciable over or undervaluation from a live auction.