More than 150 Ferrari-designed Dinos and over 300 attendees flocked to Ferrari’s museum in Maranello on Saturday, June 30. Arriving from across the globe, aficionados of the prancing horse celebrated the 50th anniversary of the first production Dino hitting the road.

More than 150 Ferrari-designed Dinos and over 300 attendees flocked to Ferrari’s museum in Maranello on Saturday, June 30. Arriving from across the globe, aficionados of the prancing horse celebrated the 50th anniversary of the first production Dino hitting the road.

Immeasurable change has crafted a different world to 1968’s mantra of automotive innovation and free love, but the Dino remains one of the world’s best-loved Ferraris; even with its namesake’s tragic backstory. 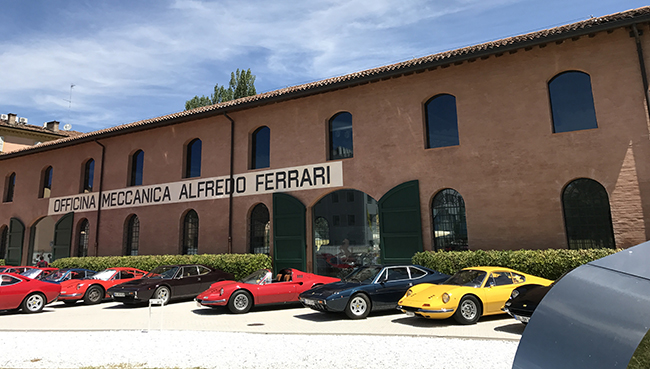 The Dino branding remains a marque in itself, introduced as a lower-priced ‘affordable’ sports car with Ferrari pedigree. However, Enzo Ferrari didn’t fancy diminishing his exclusive, iconic brand with such marking, so he named the vehicle after his late son Alfredo ‘Dino’ Ferrari.

Dino’s story had ended in tragedy. The heir to Enzo’s empire suffered all manner of health problems. His physical movements became stiff and strained, with a struggle to keep his balance. He was hospitalised with Duchenne muscular dystrophy and died in Modena on June 30, 1956, aged only 24.

The Dino proved to be a fitting legacy for a life cut so short. With a six-cylinder engine widely credited as Dino’s own design before his untimely death, the curved shape first caught public attention as a prototype at the 1967 Turin Motor Show. Orders were taken the following November at the Frankfurt Motor Show. 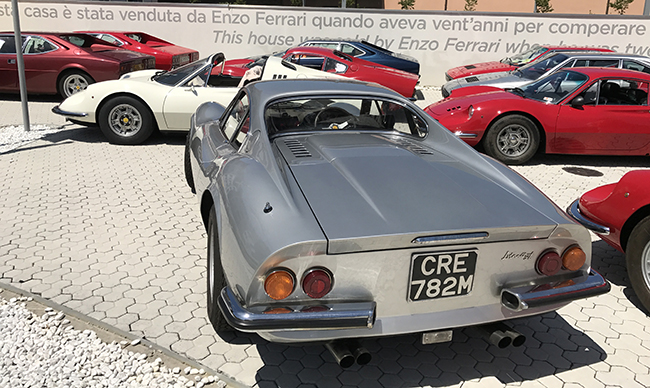 We know what you are thinking – the celebrations should have been last year! However, there was a snag with that plan. As a separate brand, the innovative Dino would have been lost to Ferrari’s own 70th anniversary celebrations. Hence the decision was taken to celebrate the half-century of another Dino milestone; the road debut of the first model in March 1968.

For this year’s extravaganza, cars arrived on the forecourt of the Maranello museum and then headed to the Fiorano track, where they paraded in formation.

At midday the Dinos drove into the factory, where the customers were given a special tour. Then, at the end of the afternoon, the memorable day closed with the traditional drive, one car at a time, under the arch of the historical entrance on Via Abetone Inferiore. It was a celebration of a legacy of which Dino Ferrari would have been proud.

This article was reprinted with permission from www.autoclassics.com; photos by Ivo Pucci. 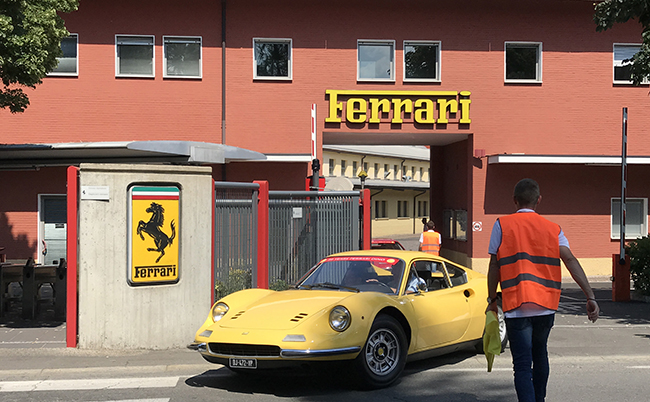 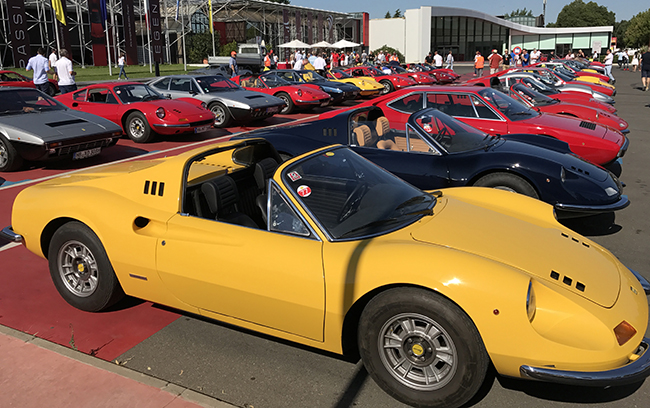