The Ferrari Club of America held its 2018 International Meet September 15-20 in the Finger Lakes region of upstate New York. The host hotel was in Corning and all track events were at historic Watkins Glen International Raceway.

The Ferrari Club of America held its 2018 International Meet September 15-20 in the Finger Lakes region of upstate New York. The host hotel was in Corning and all track events were at historic Watkins Glen International Raceway.

Let’s just say, a good time was had by all.  Especially me.

Corning is billed as The Most Fun Small Town in America. The historic storefronts of the restaurants and shops provided an attractive backdrop on Sunday for the North American Field and Driving Concours, held on Market Street, where Ferraris were parked for blocks … and blocks … and blocks … I counted 82 Ferraris going up one side and 82 coming back down the other, plus 21 Ferraris in the parking lot of the hotel before I even got started.

I start off kind of slow with my data recording because I keep running into people I haven’t seen since the last annual meet. A hug and a kiss, and a ‘how’s your momma, we sure do miss her’.

Then there’s the owner of a 328 GTS whose name I recognized because he subscribed online the night before after he saw the sample copy of the FML in his goody bag. I gave him a copy of #4320 which we had mailed the day before departing for the meet; he was the VERY FIRST subscriber to read the new issue!

Halfway through I did stop for lunch, but I didn’t have a beverage; you know, that would mean slowing down to take care of business.  I connect with an old family friend who I hadn’t seen in 20 years.  Her family lives in Ithaca, about an hour away, and she wanted pictures of the Supercars for her son.  I hope I didn’t miss any serial numbers while we were chatting.

One of the most enjoyable things about going to meets is the people. I lined up my competitive rally ride months ago <remember, my team placed 3rd at Daytona in 2017>, but I wanted to secure a ride for the Shell Pleasure Drive.

Enter Paul Flynn from Canada, with his 550 Maranello.  Paul is the Club’s treasurer.  Perfect, I have a degree in accounting, we’ll get along great.  And we did, following the two hour or so route through the Sugar Hill State Forest, winding up in the village of Watkins Glen and driving on the 1948 Grand Prix Course, our lunch destination Starkey’s Lookout Winery. It’s hard to imagine driving the 6.6 mile old course at high speed with its twists and turns, lack of guard rails, across railroad tracks, through narrow bridges. Hint: keep your sheet from Monday as some of the questions may be duplicated on the competitive rally Tuesday.  Good thinking, Cathy. 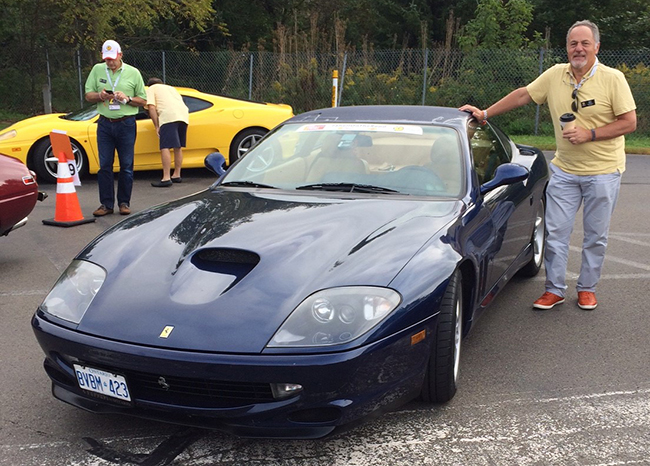 There was a threat of rain for the Shell Competitive Rally on Tuesday but we lucked out. The ‘we’ are Sam Hallowell, from Rhode Island, owner of 365 GTC/4 S/N 14953, and myself.  If you recall, Sam and I first teamed up at the 2016 annual meet in Ohio.  Same car and everything, except the C/4 has had its engine completely rebuilt by John Tirrell’s Independent Ferrari Service. 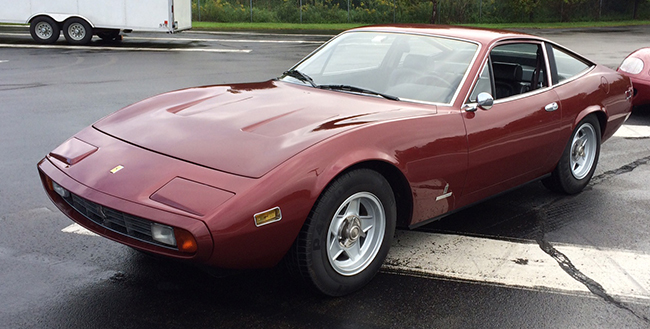 With a head start on the questions, a new engine, and since Sam learned to heed his ‘rally wife’ in re directions, there was no reason to expect less than a positive outcome, right? Well, suffice to say we got tripped up with some of the final directions to the track, where lunch was, and as a result did not hear our names called at the banquet. Maybe next year.

I was glad to wind up there for lunch because it meant perhaps I could manage to get a ride on the track. People will do just about anything to get their name in the FML. That’s my angle.

Take John Censier; he gave up his ride in Glenn Butler’s 360 Challenge. Okay, it wasn’t much of an argument - John only delayed his ride with Glenn by an hour so I could go early enough to keep my ride back to Corning. John also had the firesuit and helmet I would need.  Glenn is an accomplished driver and one my father would appreciate with his ‘drive fast, brake hard’ philosophy. 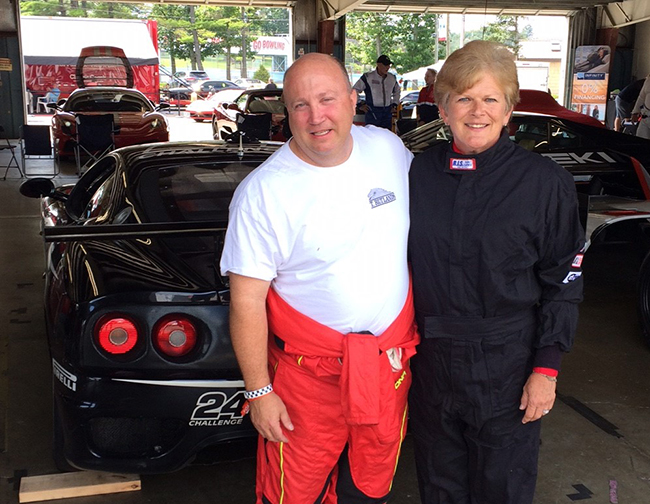 I can add Watkins Glen to my track experience; I attended the Annual Meet there in 1977 as a teenager. Those were the days our family made the meet part of our summer vacation. I still have post cards collected on that trip from the Baseball Hall of Fame, Wide World of Cars, and New York City.

I’m pretty sure I didn’t get on the track that year.  My brother did, in a 250 LM.  Must have been before he locked the keys in the trunk of the rental car and got in big trouble.

All of my experiences added up to a memorable trip; congratulations to the Empire States Region, their director Wales Shao and the entire team. I hope to see you at the 2019 meet, in Scottsdale, AZ, November 6-10, 2019.