One very fine offering was the 365 GT4/BB S/N 18041 of Swiss Peter Schetty given as a gift by Enzo Ferrari to the Basel native in recognition of his services for the Scuderia. Driven extensively, but maintained scrupulously and remains absolutely original, one of only five in Grigio Ferro. It sold very well at $392,896. 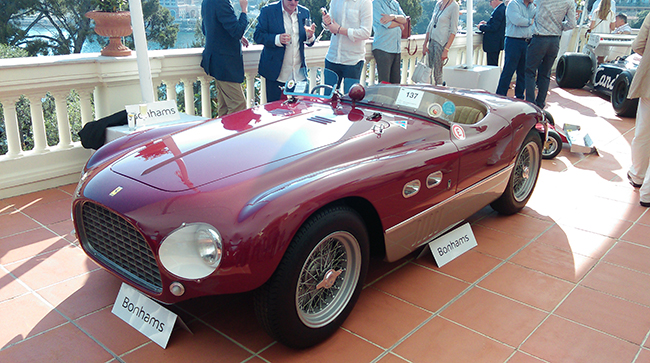 Gerhard Berger was in attendance and the F1/87 he raced 31 years ago sold for $785,400. It will have to be comprehensively recommissioned if the new owner plans to use it. 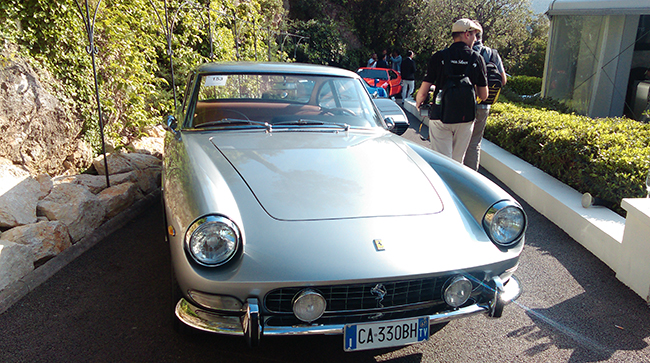 Star lot was the 250 GT TDF S/N 0879 GT raced by Wolfgang Seidel and restored for twenty years by Swede Christer Mellin. The best bid was €6.2 million short of the €7 million reserve. 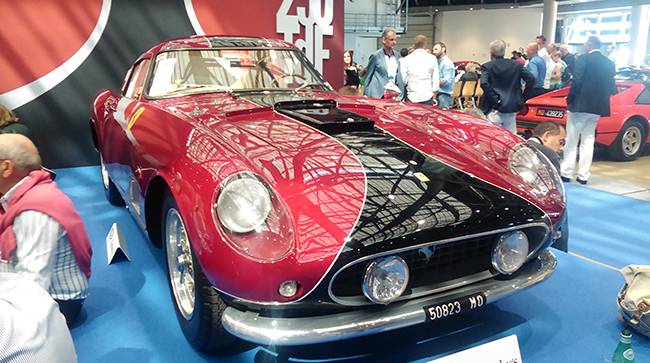 There were no less than 25 Ferraris on offer; most gorgeous was the 1966 275 GTB S/N 08729 in light blue, restored by Bob Smith Coachworks. It elicited bids up to €1.8 million, just short of the reserve. It deservedly sold post auction at €2.14 million.

A crowd favorite due to its legendary owner was a 308 GTS given to Gilles Villeneuve when he raced for the Scuderia. Almost orange in color, it oozed the Quebec aces aura. He once cut two hours time from his Monaco apartment to Maranello at an AVERAGE speed of 112 MPH! While it did not reach its €300,000  to €400,000 estimate, the final price of €269,375 was still an extremely successful outcome.

250 GT PF Cabriolet Series II S/N 3459 GT lived in Italy all its life and was restored in recent years by Toni Auto in Maranello with Lupi leatherwork. It did well at €1.7 million exceeding the high estimate. 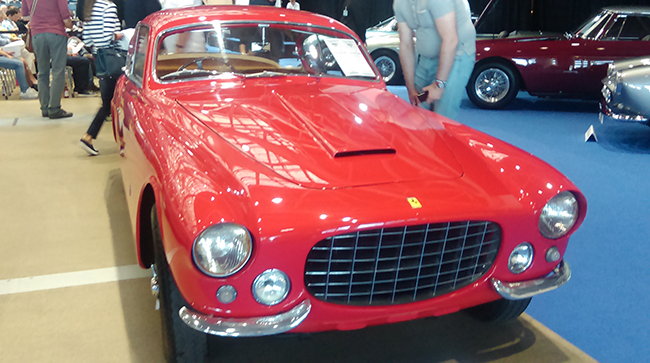 The red with tan 512 BBi S/N 49533 distinguished itself with a tan leather dash top which I thought was incorrect but someone in the know explained it could be ordered that way, sold at €184,000.

The Pininfarina Sergio was based on a 458 Spider and six of these were built. It was interesting to study in person, but ultimately it did not reach reserve. 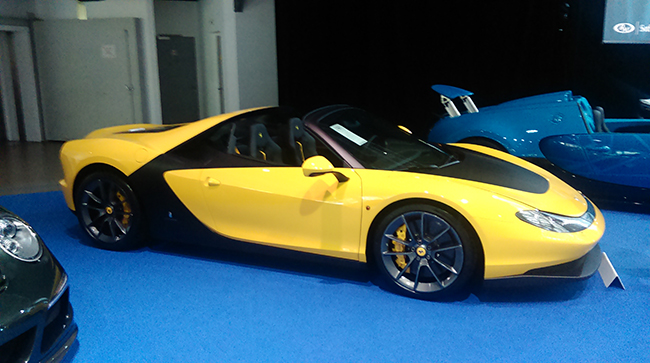 Superamericas invariably do well; the only post 1970s Ferrari I really would like to own for the purity of its concept and practicality. Alas, many agree and this Parisian example S/N 146050 was true to form, selling for a very strong €860,000.