The founders of Goodyear were a pair of brothers named Franklin A. Seiberling and Charles W. Seiberling. Their company was named after the man who invented vulcanized rubber, Charles Goodyear.

The Seiberlings guided Goodyear until 1921 when they resigned during a company reorganization. They later founded Seiberling Rubber Company.

Seiberling Rubber Company is not a household name but you are familiar with the tires they made.

Every vehicle during World War II carried tires made or designed by Seiberling. The non-directional tread design used on military jeeps and trucks came from Seiberling.

An industrialist, Frank Seiberling built a grand house on par with Vanderbuilt, du Pont, and Hearst.

Stan Hywet Hall and Gardens was built from 1912 to 1915. Stan Hywet is Old English for stone quarry. Upon F.A. Seiberling’s death in 1955, Stan Hywet became a non-profit historic house museum, open for tours so that the public could benefit from the cultural, educational, and inspirational riches of one of the most significant achievements in architecture and horticulture. 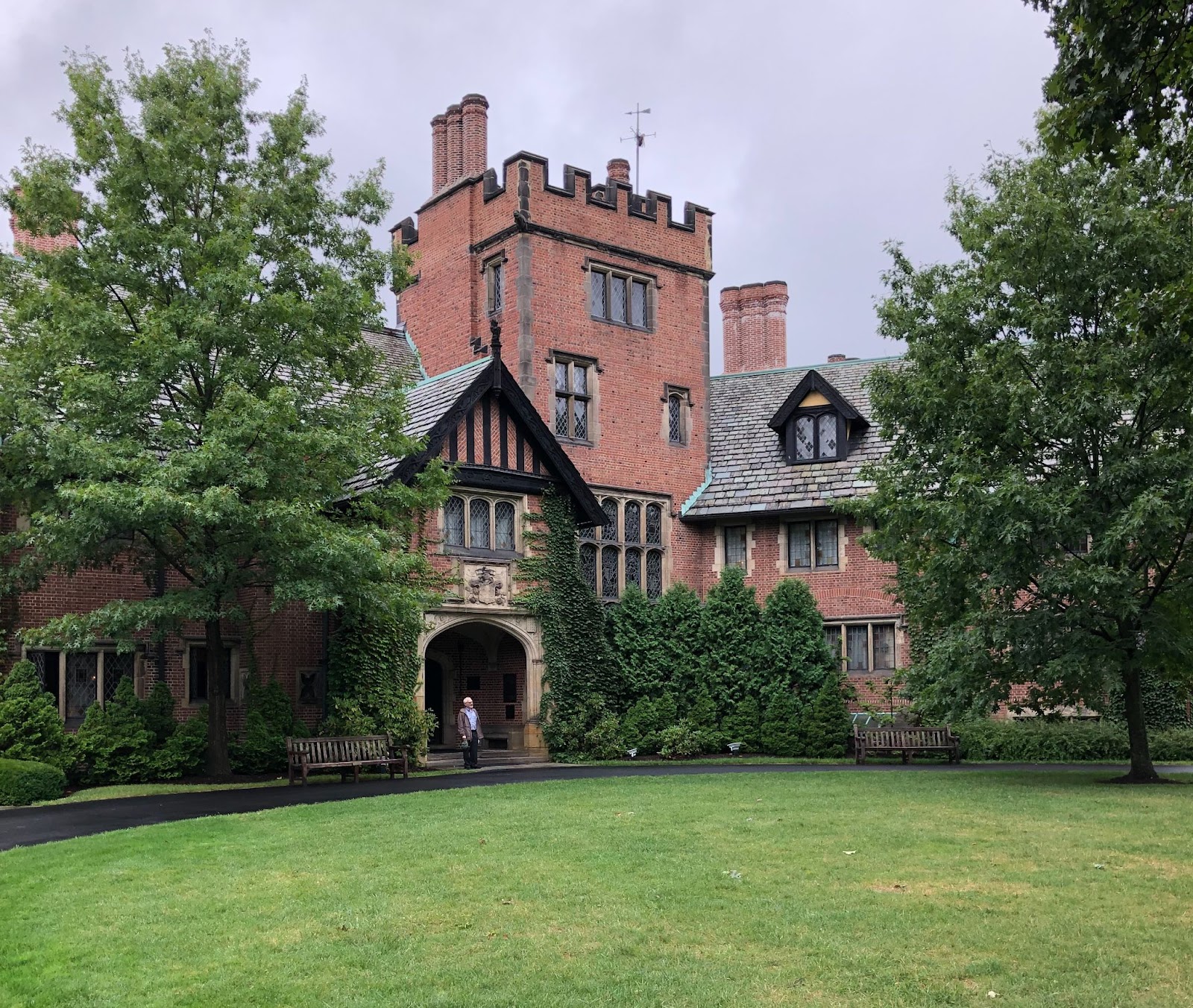 With 64,500 square feet, it is among the largest mansions in the U. S. The expansive grounds house greenhouses and orchards, tennis courts and a lagoon.The rear terrace overlooks rolling hills of the Ohio countryside.

The Great Meadow precedes the front of the home and has been used on many occasions through the years. The Seiberlings liked to share their good fortune by providing grand entertainment to the people of Akron, Ohio.

This tradition carries on today with the La Macchina Molto Bella Auto Show. The event is held in the Great Meadow with Stan Hywet Hall as a backdrop and would make the original owner proud.

Full disclosure here: one of the co-founders of La Macchina Molto Bella, David Nelson, paid for Linda and me to come to Akron and see what this show is all about. Thanks, David!

We flew up on Friday to attend the pre-banquet. Frank Todaro, another co-founder of La Macchina, owns a banquet hall and provided the space and food along with staff to serve. His is a first-class operation.

Various automobiles surrounded the dinner tables set up in preparation of the coming feast. A 599 GTO was in one corner. A 458 Speciale was in the other. 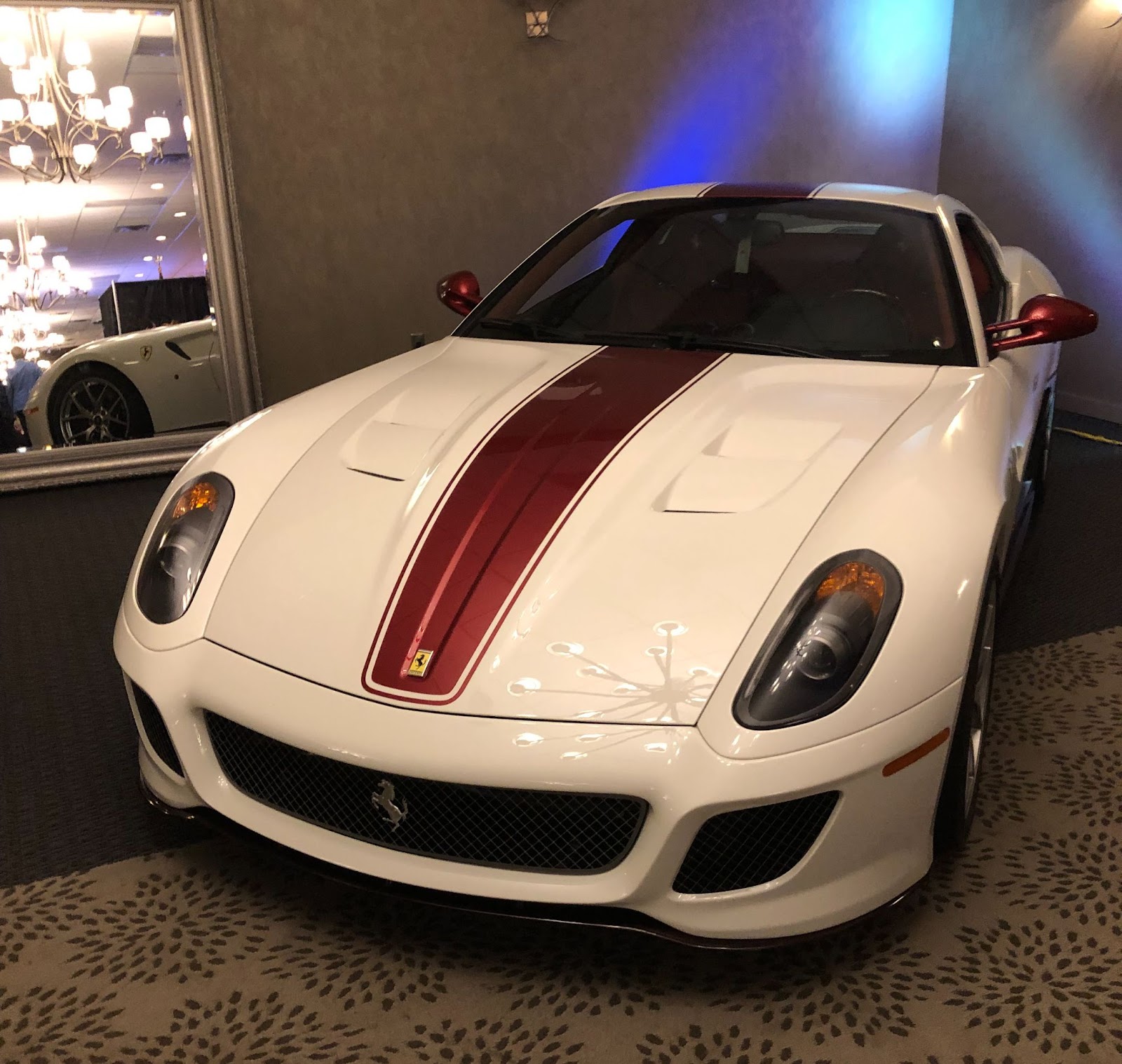 A 1966 Mustang, no, correction, it was an honest-to-God Hertz rent-a-racer with 4-speed, fresh from restoration.

Nearby was a Mangusta with four glorious Weber carburetors and a Pontiac GTO that any part of the car could be licked and not get your tongue dirty.

Surrounding this eye candy were silent auction items that could be bid on, ranging from bottles of wine to garage art. Did I mention this show was for a good cause?

The Summit Kidney Foundation is the recipient of funds raised. Frank Todaro and his father, Camilo “Mel” Todaro, along with David Nelson, wanted to bring automobiles together in exhibition and celebration.

Unfortunately, Mel Todaro passed away from kidney cancer before the first show in 2013. This strengthened the resolve to make this a gathering of automotive history and provided a purpose for the hard work involved for a show this size.

Now in its ninth year, this show brings out both fantastically special cars to be near American muscle cars, antiques and anything else fun and exciting.

The best part is the judging - there isn’t any. All cars are special if the owners love them, and it’s clear people love their automobiles.

The banquet hall is filled with three hundred people who have come to eat, drink and donate their money. Conversations are easy and although I don’t know many folks in the room, we have cars in common.

While admiring the Mangusta I run into a subscriber, David Tarditi; we met in Sebring at the 2021 FCA Annual Meet. He remembered my Edsel and when it broke down. We had fun talking cars and the market in general.

Soon it is auction time. Besides the silent auction items there are even more special items to be live auctioned.

It may look like a big-block Chevrolet engine on a stand until you grab the exhaust header to reveal a grill ready for brats and burgers.

Need a neon sign for the garage wall? Yep, it could be yours. Want a roll-a-round toolbox? Yep, you could bid on one.

The show was to be on Sunday, September 11th. The infamous date could not be helped.

The plan for the show would include a tribute to that fateful day but Mother Nature had a different plan.

Weather on Sunday was rainy, and the show was postponed one week to Sunday, September 18th. A better day could not have been chosen.

Unfortunately, photos will have to describe the cars and atmosphere as Linda and I could not stay (or could not return) for the show.  Needless to say, we will make a point to return next year!

Nearly four hundred cars graced the meadow and $100,000 was donated to The Summit Kidney Foundation. This donation added to previous years makes a total of $600,000. All for a good cause. Not bad, huh.

All the following photos kindly provided by Joe Levack photography. 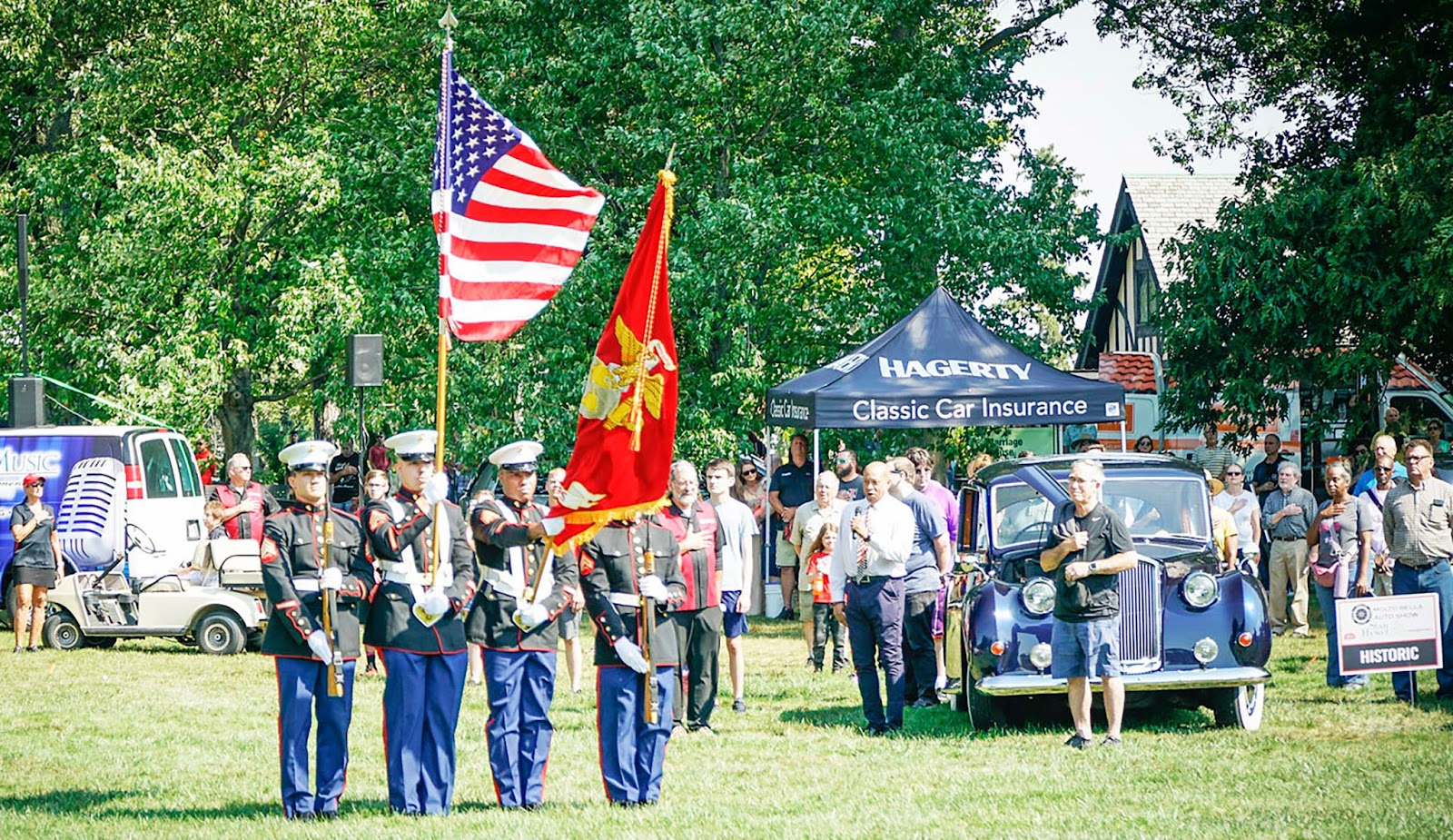 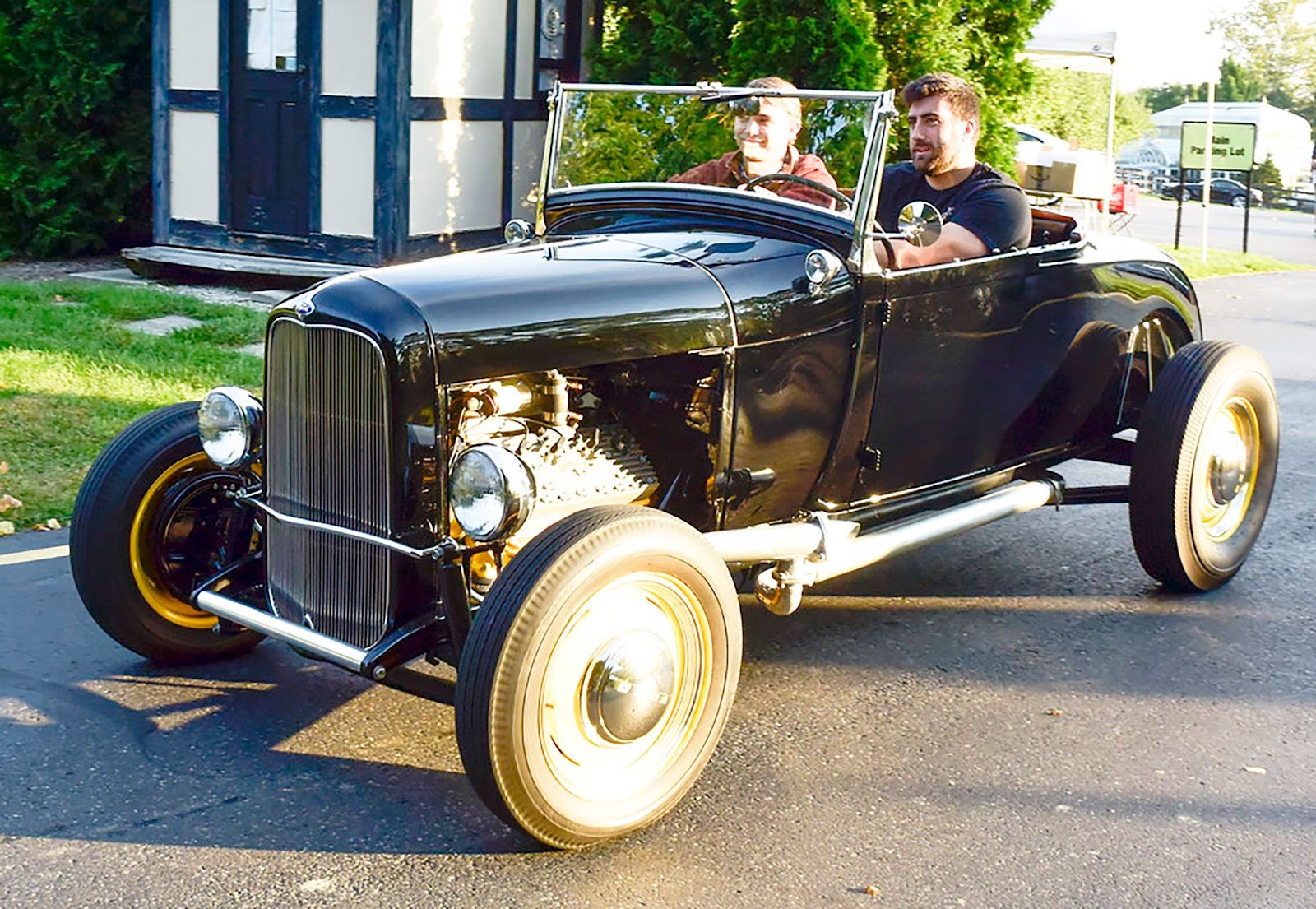 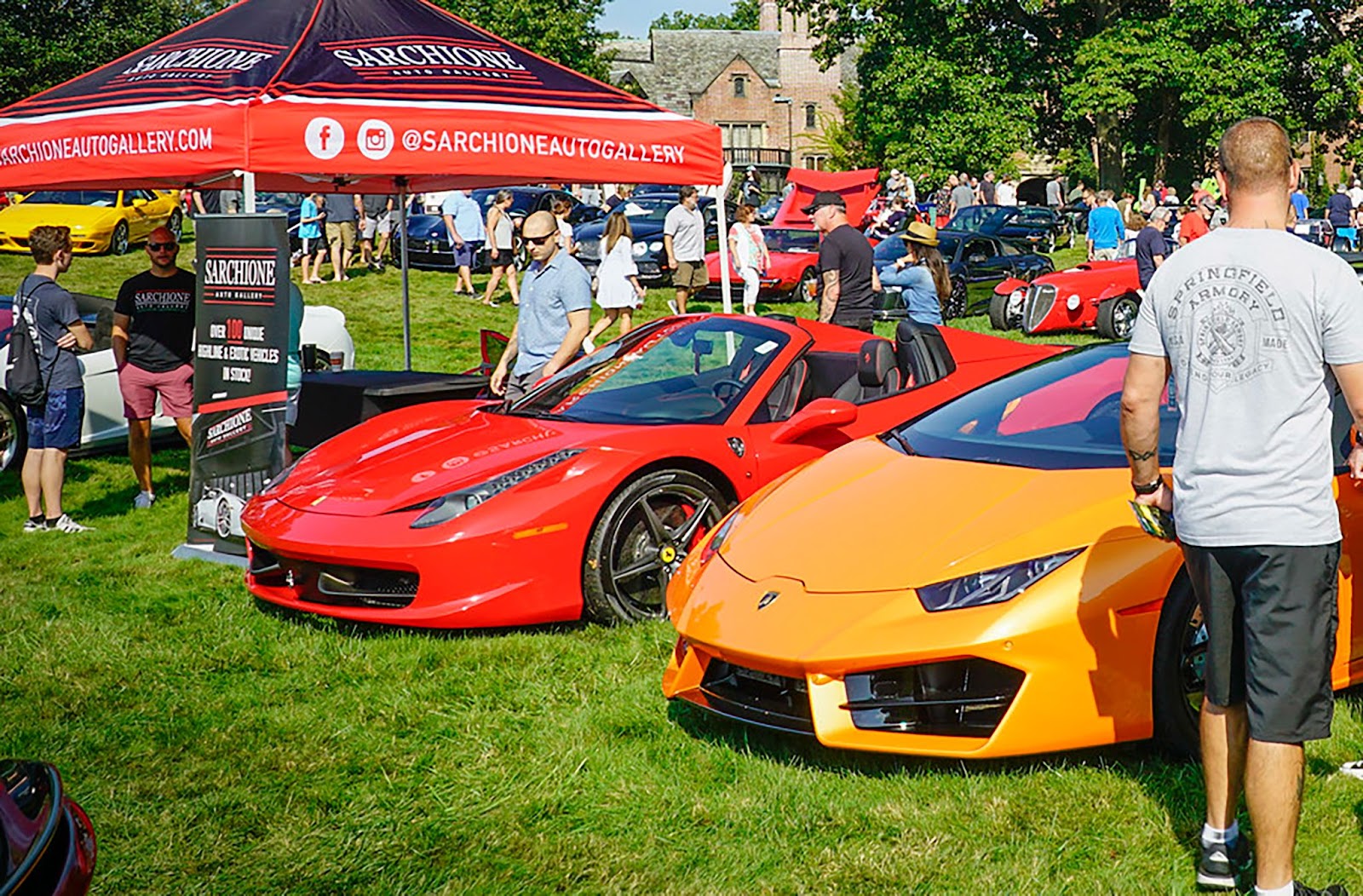 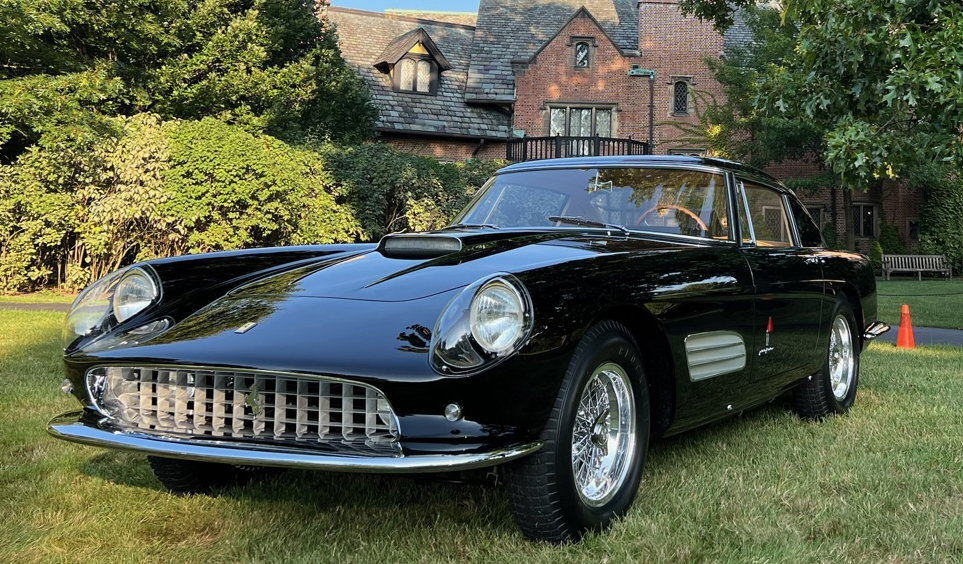 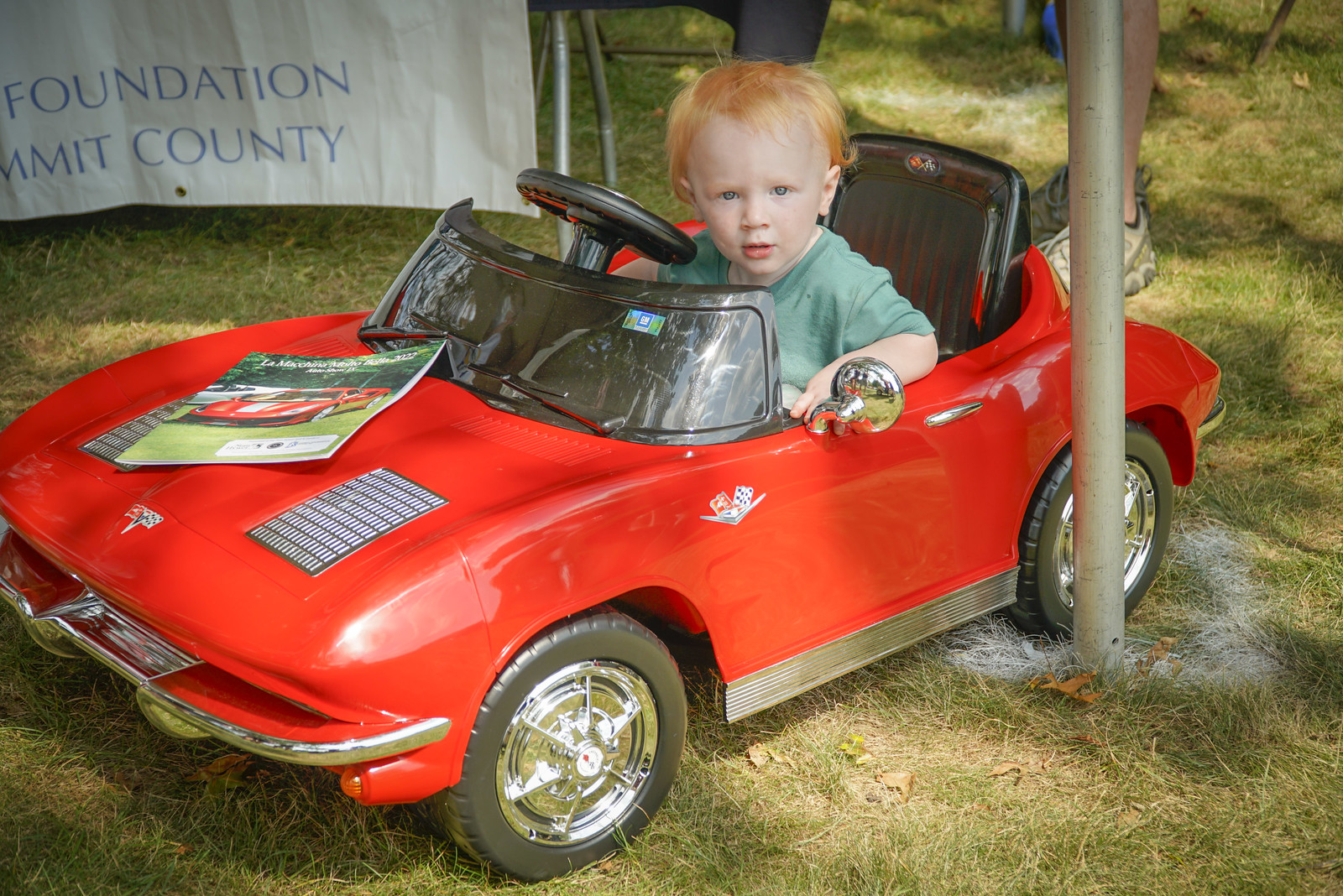 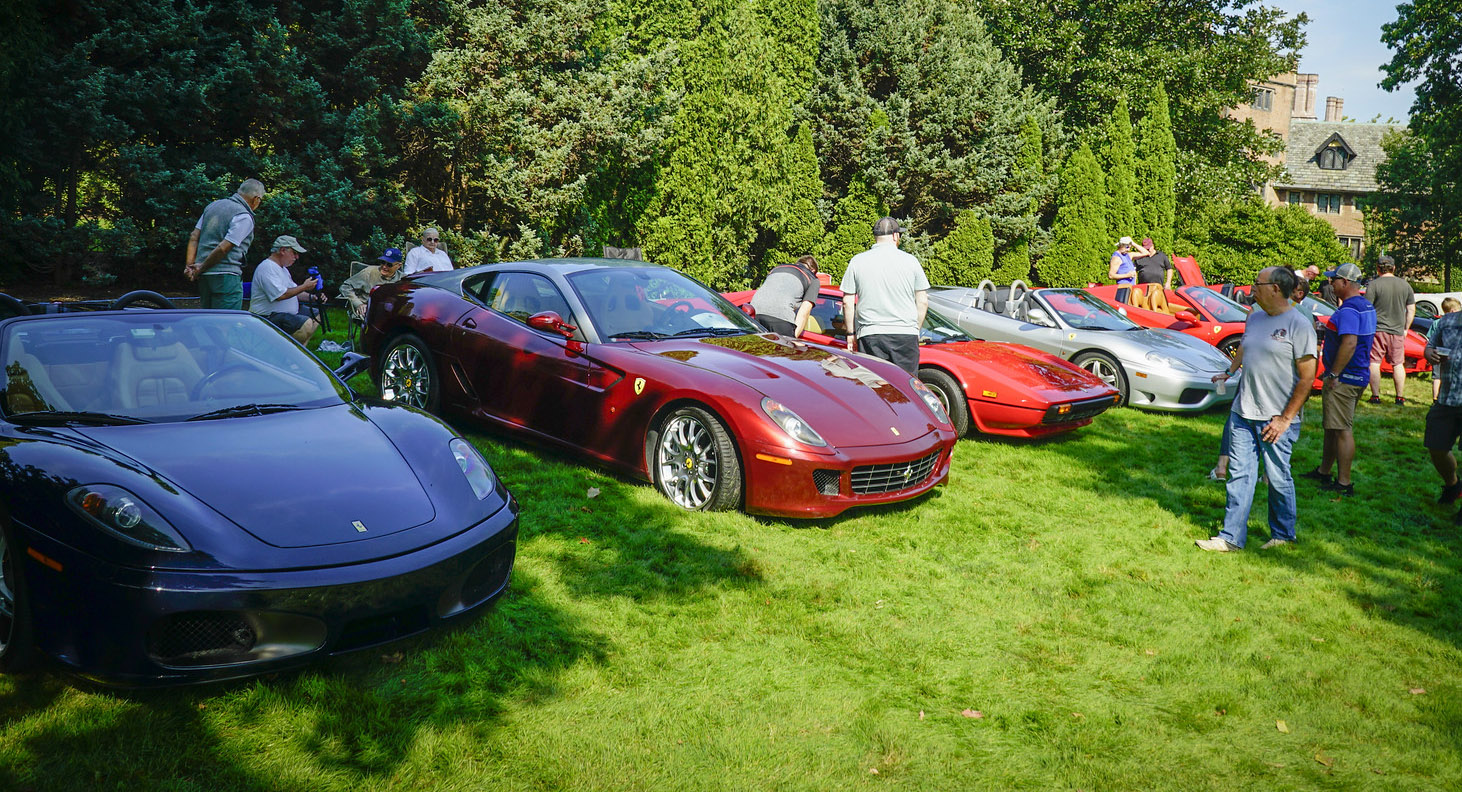