Dave Seibert is a name that you may not be familiar with, but he had a large influence in the Ferrari world. Seibert passed away on July 6th, 2020, about 35 years after he should have.

Dave Seibert is a name that you may not be familiar with, but he had a large influence in the Ferrari world. Seibert passed away on July 6th, 2020, about 35 years after he should have.

Seibert worked for IBM. He served as Chairman of the SCCA National Rally board. He was Steward for the 1975 FIA World Rally Championship. He raced in SCCA and won five consecutive SCCA Divisional Rally championships. 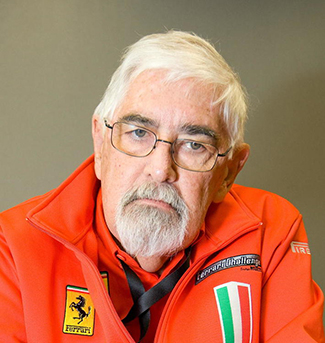 Seibert was instrumental in creating the North American Ferrari Challenge Series and the Shell Historic Ferrari Challenge. He also was the creator and administrator of the Cavallino Classic Competition in Palm Beach, Fla. He wrote many articles for the Prancing Horse and other publications.

In 1991 Dave Seibert underwent an experimental double-lung transplant and was one of the longest-lived survivors of that operation.

I knew Dave then; to see him drag his oxygen tank around and to see his pale skin it was clear there was not much time left. The lung transplant transformed him, and he was back to his standard energetic self.

I first met Dave in 1978 after he had been left stranded in South Georgia while driving his 275 GTB. I took the trailer from FAF to rescue him and the car. It was well after midnight when we got back to the shop and the entire five-hour drive was filled with stories from SCCA races he attended. Not just as a spectator but as a driver.

I had often heard and read about the many shenanigans that went on at races and the dinky motels where the racers stayed. Engines rebuilt in motel parking lots, gearboxes cleaned in bathroom sinks. Various methods of cheating, no, bending the rules, wink, wink.

It was a special night to be able to get a feel for what it was like when racing was still a grass roots affair from someone who had lived it directly.

Our paths crossed often throughout the years and Dave always had another project in the works. The list of accomplishments is just a small portion of what he contributed to our lives, to the Ferrari Club of America and to the Challenge Series.

Dave Seibert contributed so much, he will be missed. Thank goodness he had all those extra years.