Serenely set at the western end of Lake Geneva where the Rhone River heads into nearby France, prosperous, genteel Geneva has a long tradition of concours dating back to 1927 in the Parc de La Grange right on the shore.

Serenely set at the western end of Lake Geneva where the Rhone River heads into nearby France, prosperous, genteel Geneva has a long tradition of concours dating back to 1927 in the Parc de La Grange right on the shore.

The third edition of this event took place June 22-24 at the 18th century Château de Coppet, 20 minutes east of Geneva on the north shore of the lake.

With its numerous private banks, countless diplomats, wealthy Swiss and foreign residents, Switzerland in general, and the Geneva area in particular, has many fine collections.

There is, therefore, a vast reservoir of potential entries in this event, along with excellent organization; the potential for it to grow is clearly there.

The weekend, sunny and warm throughout, started on Friday with a touring rally in the foothills and vineyards of the nearby Jura Mountains. After lunch the cars were placed on the lawn in the enclosed park of the chateau before an inaugural cocktail.

Sunday saw the event open to the public as well as the awards ceremony at 1 PM.

Beyond the usual luxury watch, clothing displays and champagne bars, the Swiss premiere of the new Rolls Royce Cullinan SUV set tongues wagging. Let us say that with its rear hatch swiveling seats to watch polo matches it takes the cake; the Beverly Hillbillies would have loved it.

Amidst the over 80 cars entered there were 18 classic Ferraris taking part. The most important Prancing Horse present was the 1960 250 GT SWB Spyder California S/N 1883 GT, sold new to Italy and 19th in the 1962 Targa Florio, its single race before spending most of its life in the USA in the hands of Everett Anton Singer and others. 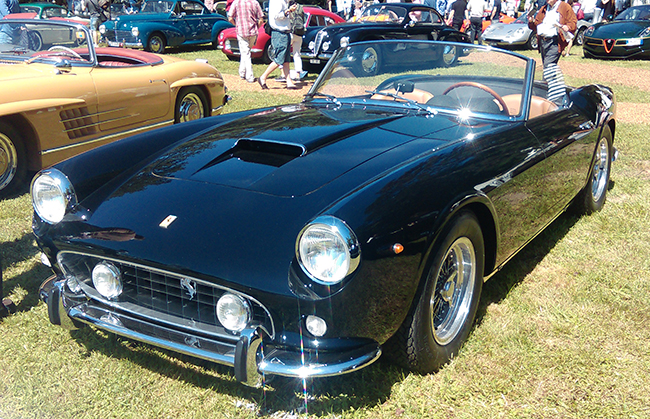 In 2012 it was bought by German Hubert Haupt, who put it back to the original non-covered headlight nose and painted black. It is now owned in an anonymous Swiss collection. Privacy is very much cherished in Switzerland, which is fair enough hence along with anonymous owners not all chassis numbers were available.

Always a treat to see, the 342 America S/N 0246 AL, owned by American Bruce Vanyo, was a Geneva show car, then sold new in Genoa, Italy, before spending most of its life on the US show circuit. 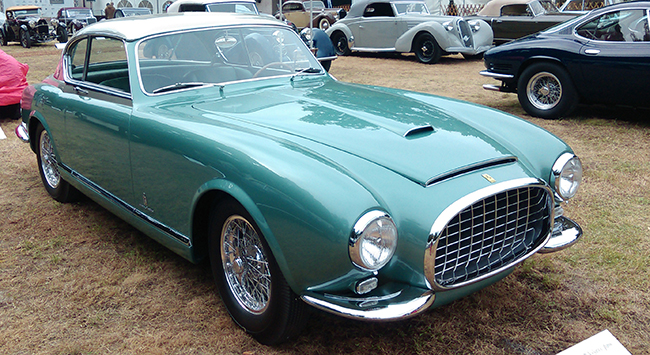 Four 250 GT PF Coupes had their own class in honor of the model’s sixtieth anniversary. Doutreleau explained he had great difficulty gathering four.  They included 250 GT PF Coupes S/N 1621 GT and S/N 1205 GT.

S/N 1621 GT had a huge restoration album presented on a pedestal near the car, giving the public a chance to peruse the hundreds of photos and hours needed; a worthy idea.

A 330 GT 2+2 4-headlight, gorgeous in Verde Pino, a red 246 GT and a silver 206 GT with the rare bath-towel like seat coverings, perfect for the nearby  beach, completed the Ferrari roster.

The CES is definitely an event set to claim a place at the front row of major concours, and worth keeping an eye on as it grows.

owned by a private Swiss collection.

owned in a private Swiss collection.

Honorary jury award for cars presented in period at the Geneva show:

owned in a Swiss private collection.

Award of the honorary jury president: 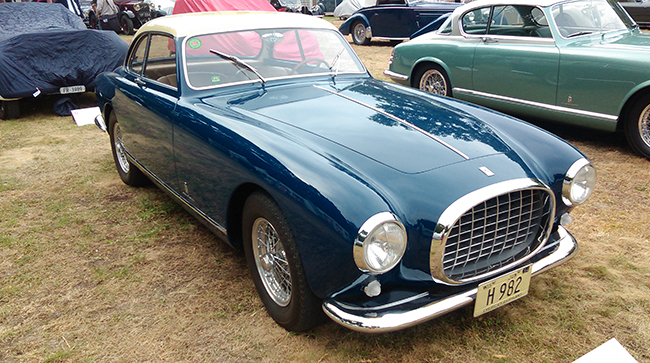 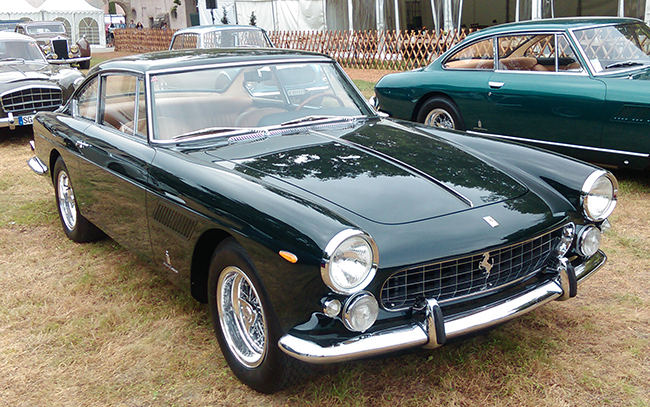 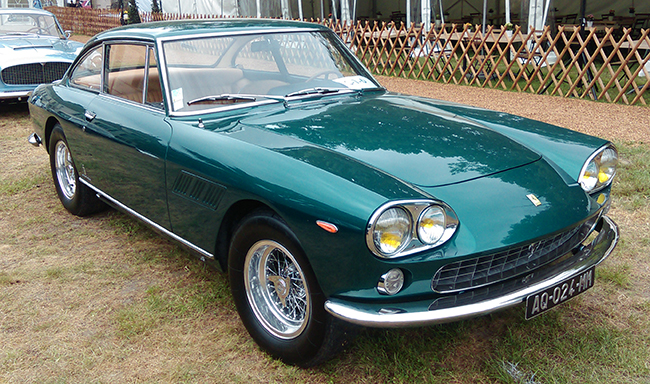 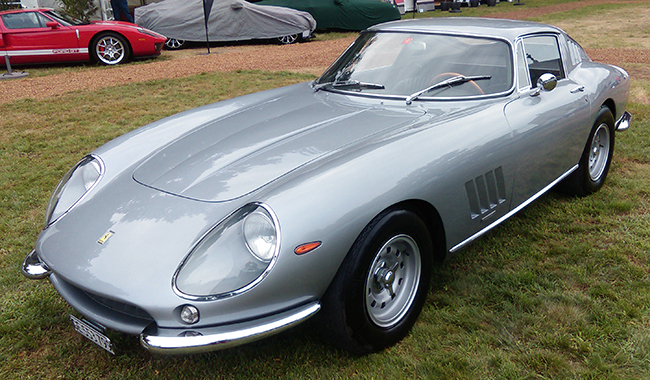