Rev, up shift, exhaust, upshift. Rev, rev, rev, down shift, down shift again. These are the symphony of noises I could hear from the confines of my home, which is only a few miles away from WeatherTech Raceway Laguna. Judging by the orchestrated notes filling the air, my senses recognize it must be Maranello descending upon Monterey once again.

Rev, up shift, exhaust, upshift. Rev, rev, rev, down shift, down shift again. These are the symphony of noises I could hear from the confines of my home, which is only a few miles away from WeatherTech Raceway Laguna. Judging by the orchestrated notes filling the air, my senses recognize it must be Maranello descending upon Monterey once again.

I was on site for this special exhibition of unadulterated power and a historical lesson of mechanical evolution, all while trading paint on one of the most iconic tracks in North America.

There was a lot of positive talk and anticipation for this year’s Challenge weekend. Feeling as if it fell a little short in years past, the promise of a strong showing was given by newly appointed CEO, Timothy McGrane.

With wonderful series support from Ferrari North America, and the amenities at Laguna Seca, the third stop for the Challenge Series had all the right elements to be a memorable time for both patrons and racers.

Friday began with practice sessions and demonstrations from a fleet of 488s, retired Formula 1 cars, FXX series supercars and a prototype racecar. 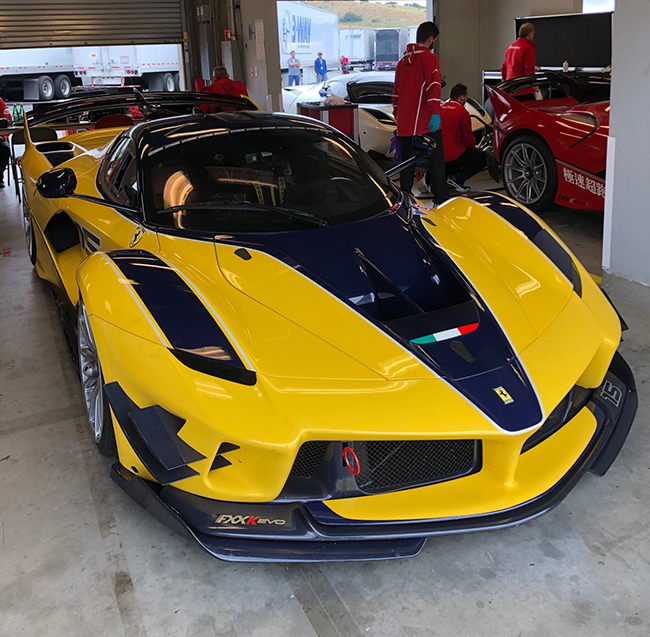 Tucked into the end of the garages and quietly covered was a pair of Ferrari F1 race cars from the 2004 season. You might have recognize them as the highly competitive and decorated winners led by legendary Michael Schumacher.

Glory was the days of Schumacher driving S/N 234 to 5-straight wins to start the season and dominated the World Constructors Championship; claiming 15 wins in 20 races that year. Rubens Barrichello contributed to the 2004 Championship by piloting S/N 240.

Both cars were side-by-side in the pits and driven around the 2.238-mile raceway.

Impressive were seventeen FXX-K Evolution models. As advertised, these high-performance limited-production track cars, which are based on the road-going LaFerrari, are a big part of the Corse Clienti Program.

With a mere forty FXX-K EVO cars built by the factory, the FXX cars cater to a specialized group of affluent and enthusiastic Ferrari drivers. Highly-skilled techs line the walls of the paddock in matching Puma apparel, with cases of factory equipment and tooling, eager and ready to give the EVO owners a turn-key track experience.

Filling the other end of the paddock space were six 599XX and 599XX EVOs. Dialed in for competitive racing with factory downforce ducktails and lightweight carbon fiber spoilers on every panel, these Formula 1 engineered track cars were the predecessor to the FXX-K model. They serve the same purpose for clientele looking for that magical Ferrari touch and factory support.

Loud and proud they ran in designated private track sessions alongside of their counterparts and one original FXX race car, based on the Enzo.

The Ferrari 333 SP is probably a car you haven’t seen in person. That isn’t to say that you aren’t a certified Tifosi - it’s just that rare. Production begun in 1993 only yielded forty cars from the factory yet marked the official return to sports car racing for Ferrari, after a 20-year absence.

Competing in a few different series such as IMSA GT and FIA Sportscar Championship, the 333 SP at large had 56 wins in 144 races from 1994-2001. Lighting up the Rahal Straight was the prototype example, in its original glory, right down to its Schedoni leather-trimmed bucket race seat.

Fielding the majority of the racing grid for the Challenge series were the turbocharged 488s. Looking strong, fast and aerodynamic, the 488s were piloted by skilled drivers who come from all over the world to race. Also geared up and supported by a fleet of skilled technicians to cater to their every need, twenty-four teams competed for top honors in the Coppa Cup, Trofeo Pirelli Pro and Amateur races.

Saturday’s featured race was dominated from end to end by Cooper MacNeil, scoring an overall victory in the 20-lap bout. You could call it a bit of a home win for MacNeil, son of WeatherTech founder David MacNeil, whose company is the title sponsor of WeatherTech Raceway Laguna Seca.

Rivaling for the overall championship rights was Benjamin Hites, who finished second, while Martin Burrowes captured the final spot on the podium.

Sunday saw serious and spirited racing with light touches from the start at the Andretti Hairpin and later the on Rainey Curve. Mark Issa proved to be the strongest and survived on top, with Oscar Arroyo and Dale Katechis taking second and third place respectively in the Coppa Shell.

Cooper MacNeil suffered the brunt of the rubbing-is-racing mentality at the end of race 2, finishing fourth behind Thomas Tippl and Joseph Rubbo, while Martin Burrowes claimed the overall Trofeo Pirelli victory, Joe Sposato winning in the Amateur category.

Patrons of the weekend witnessed a fantastic display of homologated track cars, legendary Formula 1 winners from the golden age all while receiving an unparalleled racing experience in the Challenge Series. 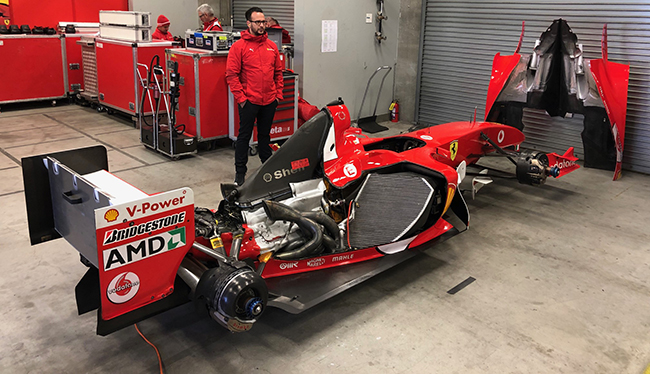 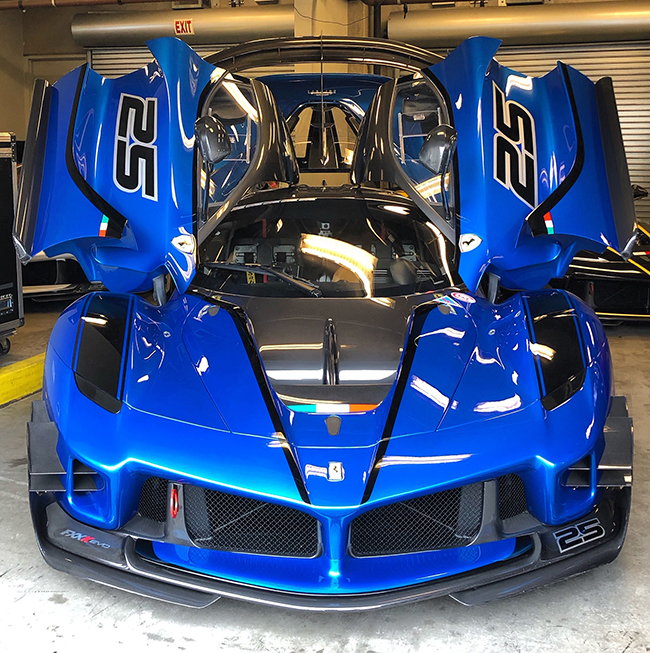 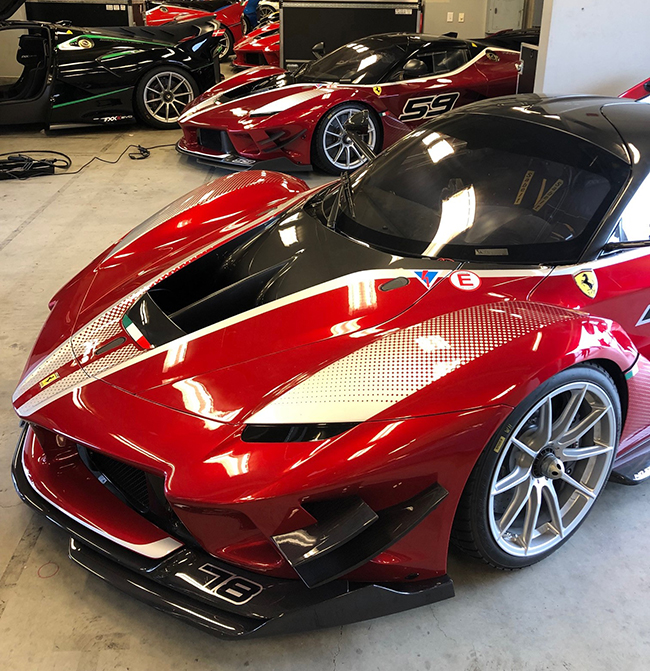 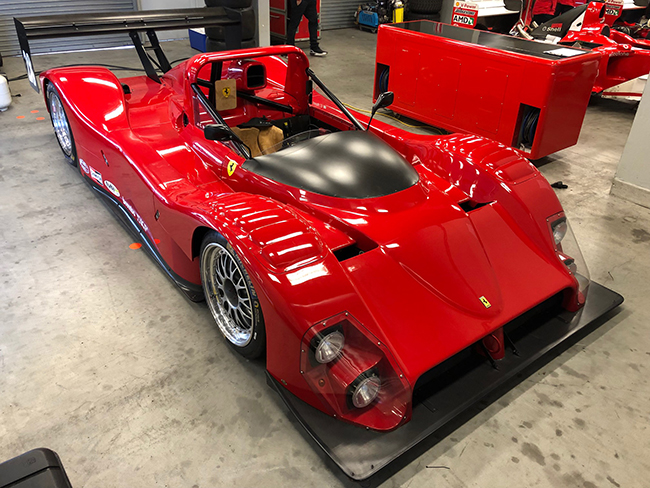