You have to give credit to Enzo Ferrari, who was  most interested in the mechanicals of his cars, but he also paid attention to picking coachbuilders who could create sensuous shapes.

You have to give credit to Enzo Ferrari, who was  most interested in the mechanicals of his cars, but he also paid attention to picking coachbuilders who could create sensuous shapes. 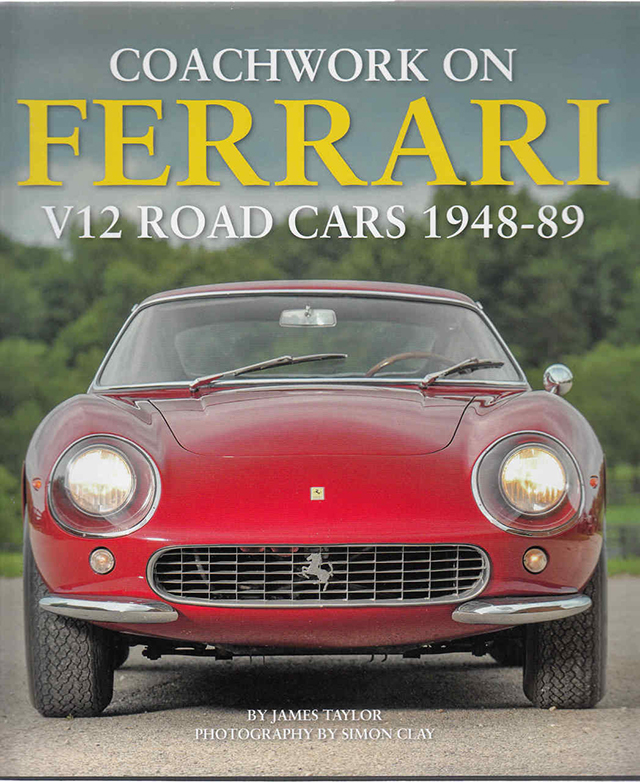 It is set up alphabetically, going through carrozzerias in Italy, showing the creations of Bertone, Farina, Ghia, Scaglietti, Pinin Farina, Touring, Vignale  and a few other minor players.

There’s a little bit of history, some biography on designers, and a smidgen of design philosophy with each entry. The color photography is unique with as little distracting background as possible to more appreciate the cars.

The information is presented straightforward with Dr. James Taylor occasionally praising some aspect of a design or calling attention to it, but I have to say he doesn’t take the opportunity on the other side to criticize a design, particularly on one or two ugly ones like the Golden Car by Drogo which seems like the worst Ferrari shape ever conceived.

He generally doesn’t give the actual designer credit, though in that period most coachbuilders reserved the credit for themselves such as Bertone. In discussing Bertone he does mention Giugiaro as designing two Bertone Ferraris, but in the rest of the book it’s mostly the coachbuilder getting any credit.

Being an American, I wish he would have mentioned Tom Tjaarda, who designed  two Ferraris for Pininfarina (365 California Spyder and the 4-headlight 330 GT 2+2) as I always was proud that an American could go to Europe and design Ferraris.

He occasionally shows one-off variations like the Lusso with the 250 GTO-styled nose done for a private owner by Fantuzzi. Another oddball he shows is the 330 GT “station wagon” done by Vignale (which was a Chinetti order).

Dr. Taylor does mention, in the Zagato section, the two re-bodies ordered by “Coco” Chinetti but doesn’t go into one-offs done on many more Ferraris. That would be a book in itself.

Nevertheless it is a good book to add to one’s collection if only for the carefully shot photographs that allow you to compare one body style with another. The book is reasonably priced under $40.00, so I rate this as a “keeper” to add to your collection.

THE REVIEWER: Wallace Wyss is the author of 18 automotive histories. He can be reached at Photojournalistpro2@gmail.com