Buying and selling Ferraris can be interesting. Arthur Miller took a chance and rescued a Daytona.

A while back I asked for Ferrari stories. This one came from Art Miller.

I owned a dealership in Miami, FL, specializing in Ferraris.

One evening a gentleman from France was in my showroom, looking at a nice BB 512 that I had just purchased in Jamaica.

He didn’t buy the Boxer, but I did end up buying several Ferraris from him over the next few years.

Many of the cars were from his dealer connections in France, Belgium, and Germany.

One day he called me and asked if I would be interested in purchasing some cars that had been hidden away in Iran.

Sure-I’ll buy a Ferrari any place in the world!

On first glance this purchase would appear to carry a great deal of risk, but this was during the great Ferrari buying frenzy of the 1980s, and risk taking was just a normal part of business.

We agreed that the purchase funds would be placed in escrow in a Paris bank until the cars had safely made their exit from Iran.

The cars had been placed in storage in 1979 and 1980, and would need to exit the country in a “discreet” manner.

I would then take the next car, a gold Daytona coupe with low miles as well. 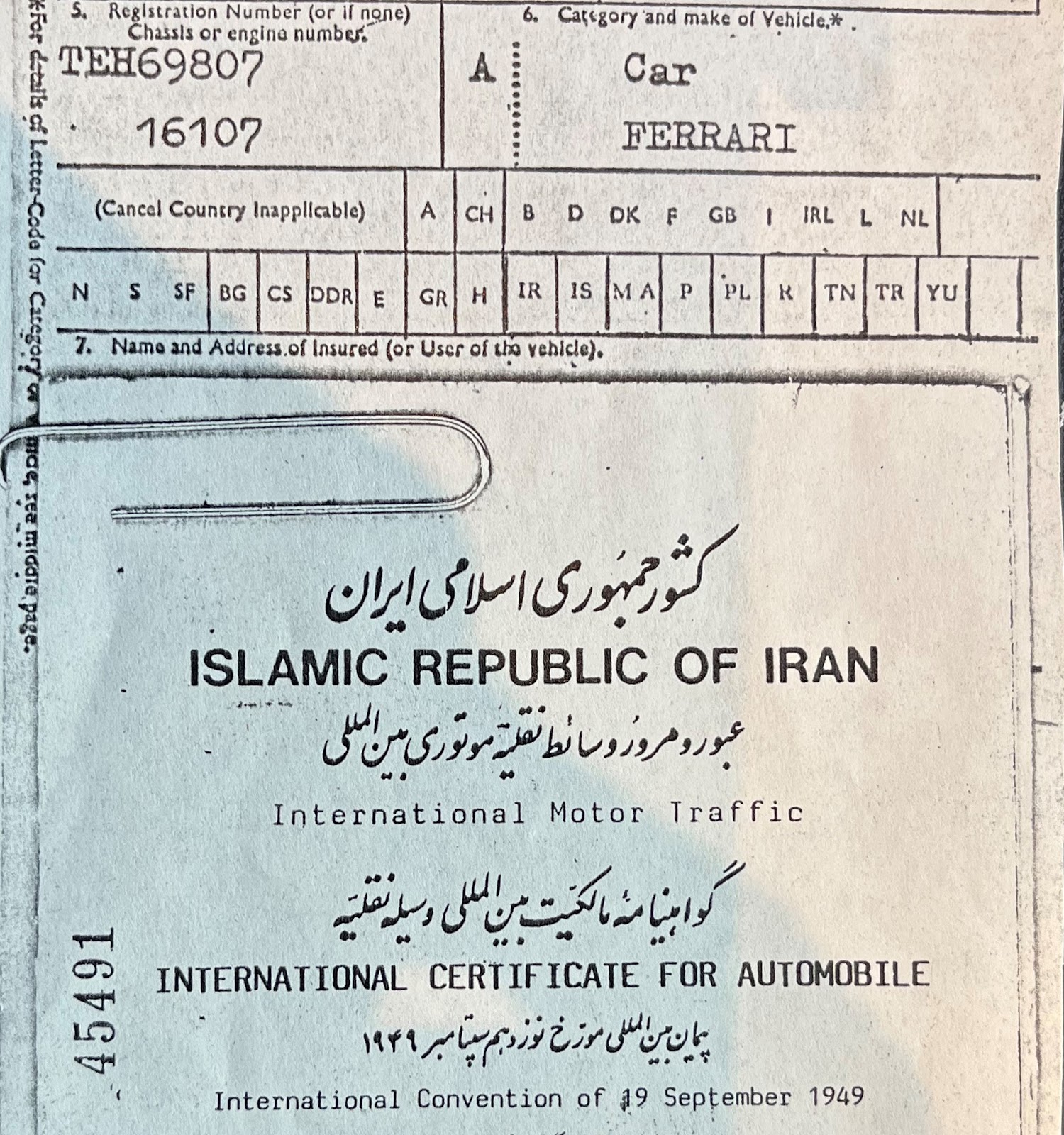 I wired additional funds to “expedite” the border crossing.

We sent a truck from France to Tehran, and were then advised that the 246 GTS was loaded and the border guard would expedite the crossing.

A month later our driver is back in Tehran, has loaded my Daytona, and he is approaching the border guard at night-as instructed.

Our driver was arrested, our truck and Daytona sent to an impound-storage facility.

Two weeks later, after an additional fee was paid, my relieved friend in France notified me that our driver was released from confinement, and our trucking Ferrari had safely made an exit from Iran.

I released the funds from escrow as agreed.

The next call I received from my friend in France was not so joyful.

Less than a mile into Turkey, the truck was stopped for inspection.

Our driver was arrested (again!). Our truck and Ferrari went to a storage yard.

Three weeks later, more money, our driver was released (a miracle). The driver did not want to continue on that journey, however, he was persuaded. He located the truck, Daytona still inside and slowly made it back to Paris.

This had become quite a risky endeavor, so we decided against trying a third time.

When I received the car in Miami, it was quite nice, although the gold paint was dull, leather was pretty stiff, but the engine compartment was very nice.

The tools and jack were there, but someone had taken the books.

Tim Stanford did a service and two months later it was red with new black leather, new tires, and sold to a collector in Germany. 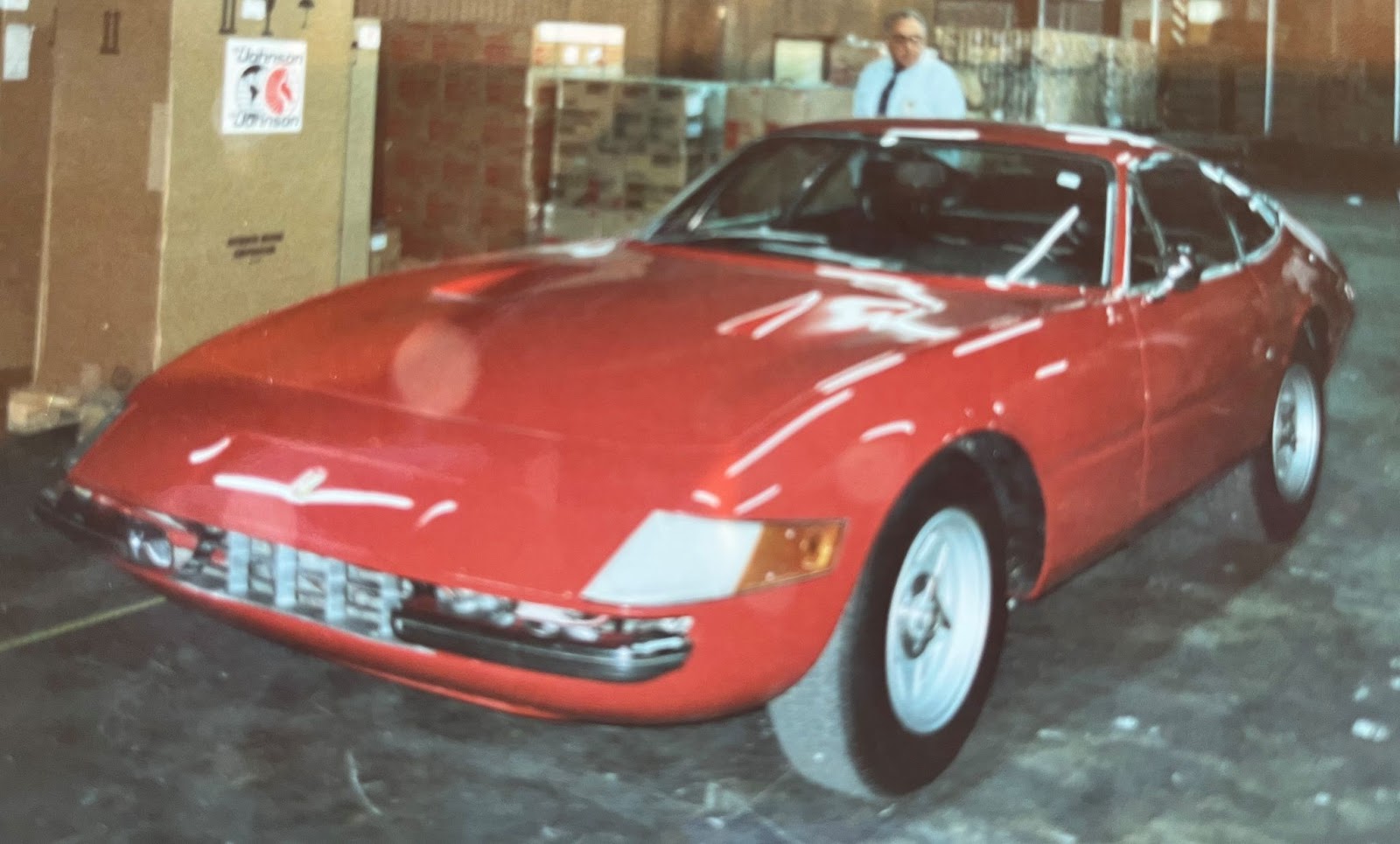 S/N 16107 has changed hands several times in the ensuing years. Sales text and auctions have all mentioned this Ferrari was originally sent to Iran, possibly for the Shah.

It has been returned to its original Oro Chiaro and has been Classiche certified proving it still contains all of its original components.

If it hadn’t been for people like Art Miller to rescue cars from faraway lands, this Daytona may have never seen the light of day again.