Amelia Island has become a must-do East Coast car event; there are auctions, Cars & Coffee on Saturday, and the Concours d’Elegance on Sunday.

Amelia Island has become a must-do East Coast car event; there are auctions, Cars & Coffee on Saturday, and the Concours d’Elegance on Sunday.

It’s a compact weekend, with plenty of events either within walking distance of the Ritz-Carlton, or just a short shuttle ride. And the locale … early March, on a beach … have I mentioned I love the beach? It’s especially nice when the weather cooperates.

Folks come from all over the country, indeed all over the world; while it’s only a short drive for us, we get to spend time with some Northern and West Coast colleagues.

It’s fun to sit in on the Gooding and RM Sotheby’s auctions, even if I’m bidding with Monolopy money.  There are more than Ferraris at the auctions, and Rick Carey covered the results in our last issue; the enthusiasm in the room heats things up.

Ferraris were definitely in the minority at Cars & Coffee; there were Porsches and Mercedes as far as one could see. However, there was one pretty special Dino, and I got my photo taken (along with a personalized, autographed poster) with Jack May, the 1975 winner of the Cannonball Baker Sea-to-Shining-Sea Memorial Trophy Dash, in said 246 GTS, and who may be one of our longest-term subscribers.

Sunday, I walk around the show field once, just to see what’s there, who I may know showing a car other than a Ferrari … and Ferraris wind up in five different classes. Which makes it tough on our photographer, and gathering serial numbers, but we are not to be deterred.

There was a special class celebrating the 60th Anniversary of the 250 GT SWB Berlinetta with eight entrants. There was a class of cars driven by Jacky Ickx, the honoree of this year’s event, and included three Ferraris. Even the Ferrari class had a 250 GT Pininfarina “410 SA Style” Coupe, two 250 GT PF Cabriolet, a SWB Spyder California, a Europa and a 212 Export. In other classes were a 365 Boxer, 246 GTS, a 290 MM/250 TR and a LWB Spyder California.

As Bill Warner wrote in his Chairman’s Report, there’s a reason people call The Amelia ‘the racer’s concours.’ 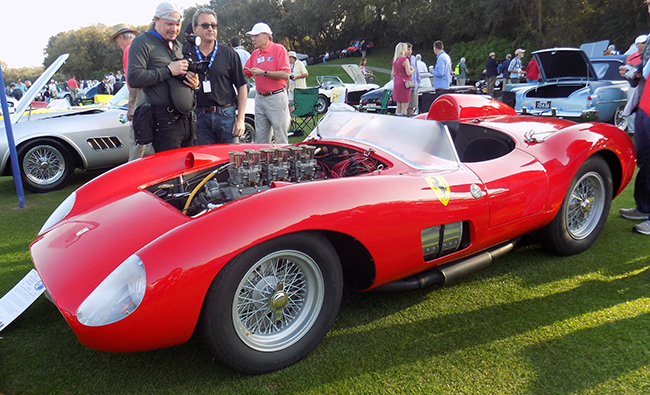 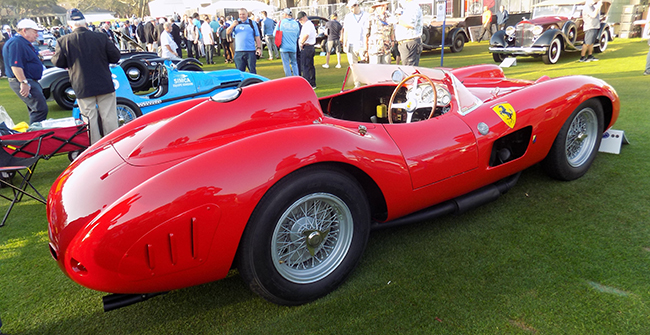